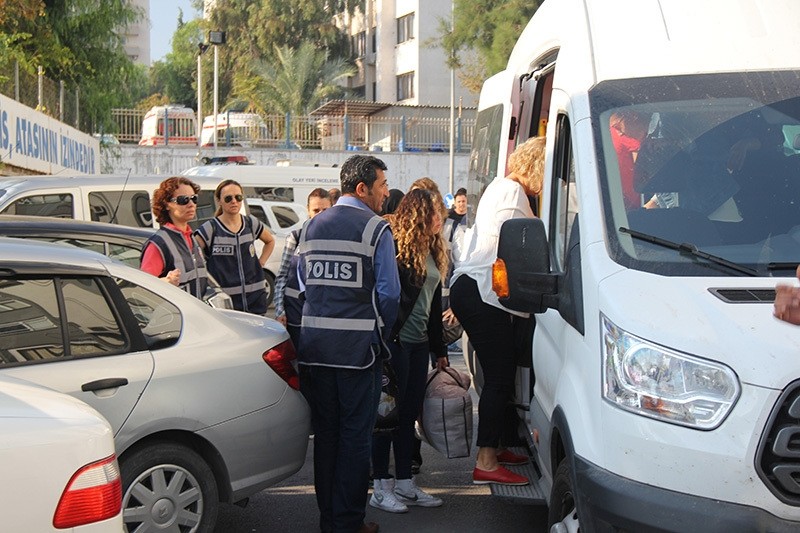 An investigation launched into a crime network disguised as an advertisement company uncovered that the personal information of 1.5 million German citizens were hacked, which were later used in a scam involving thousands of people.

Units from the fraud department of the Izmir Security Directorate found out that a company based in the district of Konak was involved in a large-scale fraud which was carried out via telephone calls. The fraudsters would call German citizens with the promise of lottery bets, which are illegal in Germany.

The company was put under physical and technical surveillance back in May, and the working scheme of the network has now been uncovered. Accordingly, the network founded the shell company in 2011 and started the fraud in 2013.

The network comprised of two leaders, four computer programmers, one accountant and twelve Turkish-German call center operators – all fluent speakers of German – who were either deported from Germany or permanently returned to Turkey. Computer programmers hacked the personal information of 1.5 million German citizens, which provided the network with thousands of telephone numbers. The operators then called their potential victims using a program switching the telephone number into a German trying to convince them for membership to their bet network saying that they were calling from "Deutschenjackpostsystm49" and saying that they have received discounts as they had placed bets in other companies. Operators also assured the victims a '100 percent guarantee of winning'. Out of some 95,000 calls, 4,443 people were convinced to pay 69 euros for a period of 12 months.

Some of the victims were also forced to make payments as the operators introduced themselves as judiciary employees, police officers, prosecutors, lawyers or sequestrates. The network extorted money from the victims using Western Union, and then made cargo shipments to bring the money from German bank accounts into Turkey.

Examination into the confiscated material showed that the company paid some 3,000 Turkish liras ($1,000) to each of the operators.

A total of 18 people were taken into custody after the raid. Four suspects were released after being questioned by the prosecutor, whereas 14 suspects were referred to court on Tuesday, which released four suspects under judicial control while arresting the remaining eleven.

Izmir police also contacted the Interpol and found that 10 German citizens had been scammed by the network and pressed charges against the company. Efforts to find and get in contact with the remaining victims of the fraud still continue.

While the investigation is underway, officials from the fraud unit said that the amount gathered through the scam may exceed well over one million euros, as more than 600,000 euros and TL 200,000 were found in G.G. and his ex-wife's bank accounts, in addition to a couple of luxurious apartments and cars in his possession.