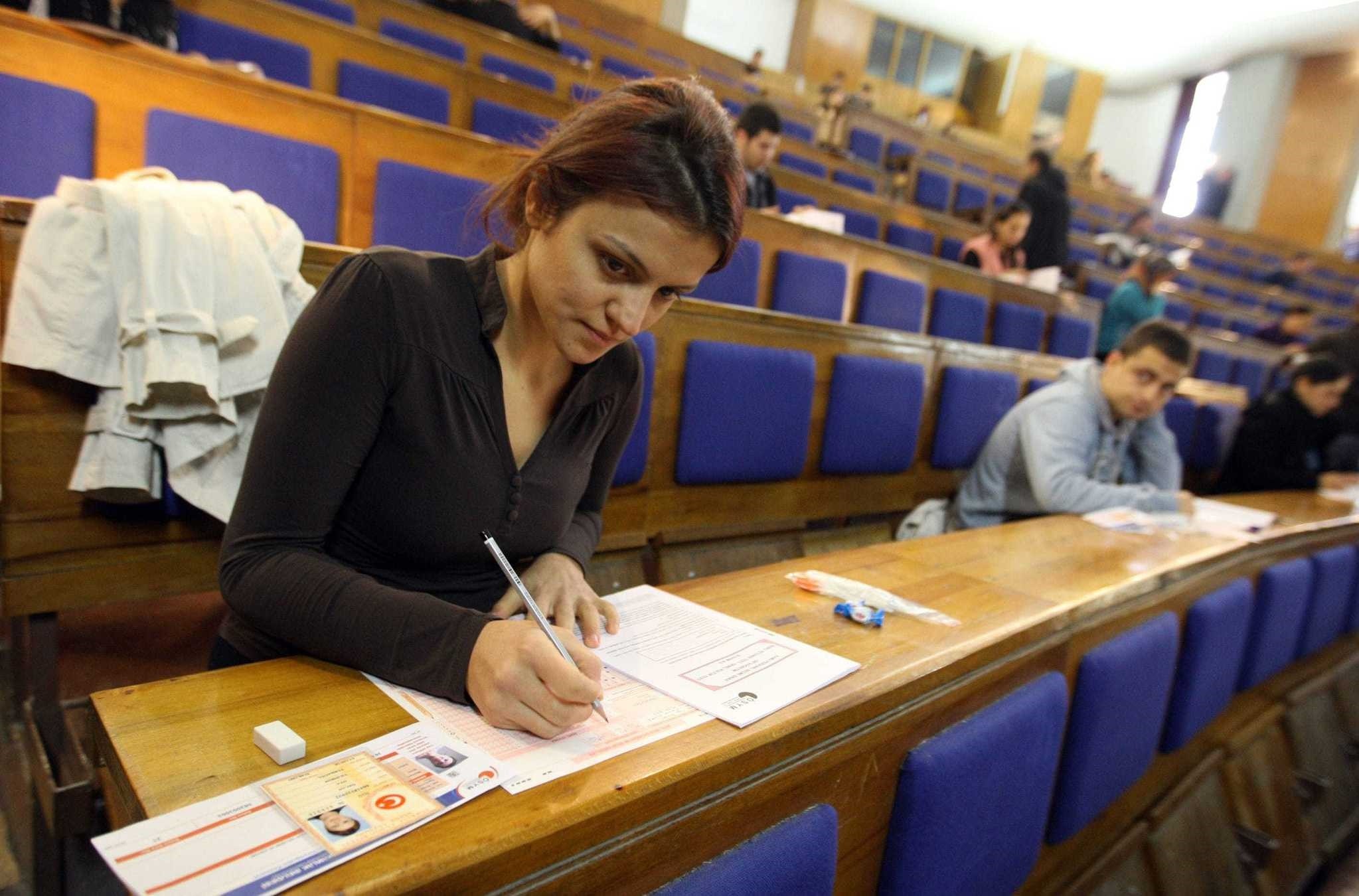 The inquiry into a civil servant admission exam allegedly used by FETÖ to infiltrate the state revealed some 1,350 suspects involved in cheating during the exam were active members of the group responsible for the July 15 coup attempt

The Public Personnel Selection Exam (KPSS) in 2010 was rocked by a cheating scandal that surfaced years later. The exam, a critical test for entry into the public sector, was the host of a nationwide cheating scheme by the Gülenist Terror Group (FETÖ) and thousands of people were accused of cheating thanks to questions and answers supplied by the group members. New evidence unearthed in the investigation into the exam shows the network of cheating during the KPSS, a launch pad for the terrorist group to gain a foothold in the state.

The chief prosecutor's office in the capital Ankara found 1,350 suspects involved in the cheating were users of Bylock, an encrypted messaging app exclusively used by secretive FETÖ members, state-run Anadolu Agency reports. The investigation also netted several people linked to prominent figures of FETÖ cheated in the exam or supplied questions to the group's followers. Among them is Ökkeş Tetik, brother-in-law of Adil Öksüz, a point man of terrorist group's leader Fethullah Gülen. Öksüz, accused of masterminding the July 15 coup plot with Gülenist officers, remains at large after he was released pending trial following his capture at a military base during the coup attempt. Other names include the wife and sister of Major Sadullah Abra, a pro-coup officer who joined the coup attempt and Kübra Gülmez, wife of Capt. Haldun Gülmez, who was among the assassins the Gülenist junta sent to kill President Recep Tayyip Erdoğan in the hotel he was staying at the time of the coup attempt.

The inquiry into the exam was already underway despite a slow legal process but new evidence might speed it up. Prosecutors drafted four separate indictments on the case, for those plotting to steal or obtain questions and answers from fellow FETÖ members and suspects who took the exam.

Investigators now look into exam records and relations of some 13,051 suspects based on new "confessions" by suspects in light of the coup attempt that truly showed what FETÖ was capable of and how its members kept their secrecy in place despite constant crackdowns on the terror group by authorities.

Prosecutors uncovered that 488 women indicted for the cheating were military wives and 111 of them were spouses of pro-coup officers.

The exam, participated in by about 800,000 civil servant hopefuls, was canceled upon allegations of mass cheating a few months ago, paving the way for the dismissal of civil servants taking up jobs in the public sector by cheating during the exam.

Four trials are underway for civil servants who cheated during the exam while prosecutors believe thousands of people were assigned to ministries, Parliament and the national intelligence agency thanks to the exam. Under statutory decrees as part of the state of emergency declared in the wake of the July 15 coup attempt, Ankara will cancel assignments of the civil servants suspected of cheating.

An indictment by prosecutor Yücel Erkman on the KPSS cheating says defendants are connected to each other with their link to "cemaat" (congregation - the name FETÖ members give their community) and the exam was a way for FETÖ to achieve its leader Fethullah Gülen's instructions to his followers to infiltrate into the state. "Recordings of Gülen's speeches addressed to his followers in the past years show he ordered them to take over the state's executive and judiciary branches and cadres loyal to (FETÖ) were installed in public institutions with the ultimate goal of a takeover," the indictment says.

FETÖ, which is blamed for three coup attempts to overthrow the government since 2013, is also being investigated for cheating in the Academic Personnel and Graduate Exam (ALES), the equivalent of the Graduate Record Examinations (GRE) used in the admission of students to postgraduate courses. The terrorist group, known for its widespread infiltration of the judiciary, police, bureaucracy, military and other institutions, reportedly "stole" questions and answers for the ALES between 2005 and 2013 and supplied it to their followers. Thus, some 8,500 people were assigned as academics in private and state-run universities. The exam is a stepping stone for those pursuing an academic career and most participants linked to FETÖ chose to work in universities, rising to the rank of assistant professors.