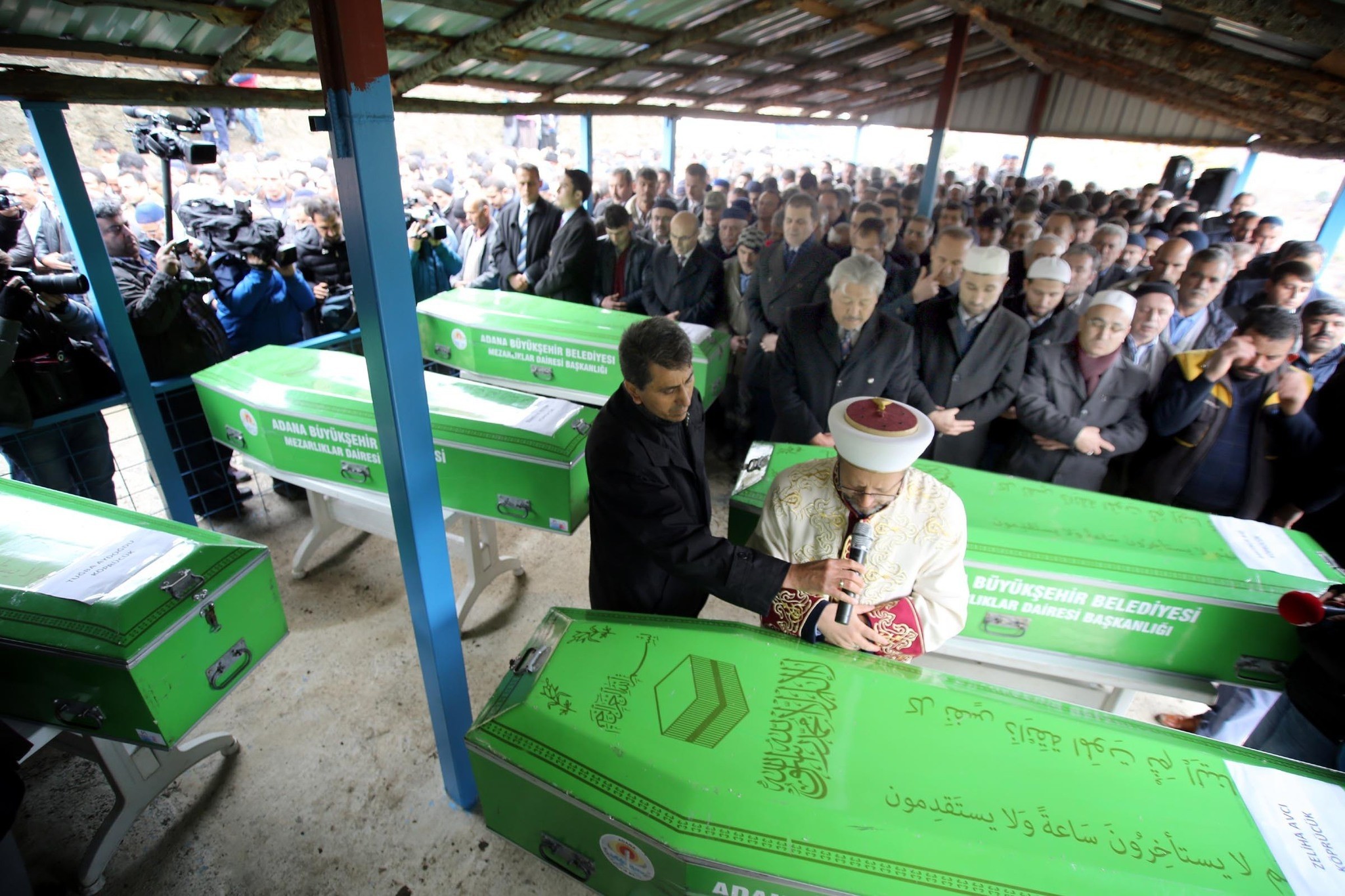 People attend funeral prayers in Adana, on December 1, 2016 for the victims of a fire that killed 11 schoolgirls and an official inside a dormitory. (DHA Photo)
by Daily Sabah Dec 04, 2016 12:00 am

After a fire inside a girls' dormitory in southern Turkey left 11 female students and one official dead on Nov. 29, authorities on Sunday have arrested six people who were previously detained in the case.

The arrests come as investigators gather more information regarding possible safety violations in the triple-story building that was gutted in the blaze. The dormitory housed young students in the town of Aladağ in southern Adana province where 10 students, between the ages of 10 and 12, were killed along with one tutor and the 6-year-old daughter of the dorm manager. Twenty-four others were injured in the fire.

Amid increasing concerns over the safety of dormitories across Turkey, the government has pledged to impose stricter safety measures to ensure the safety of all student housing across the country.

The fire is believed to have started due to faulty electrical wiring. Police previously detained 14 suspects, releasing six under judiciary control. The dormitory's manager, Cumali Genç, was arrested yesterday along with İsmail U. Charges have not yet been filed against three other suspects in the case.

Speaking in a televised interview yesterday, Deputy Prime Minister Veysi Kaynak said that the tragedy unfolded when the blaze spread quickly throughout the dormitory's wooden interior, made of highly flammable materials such as synthetic flooring.

The deputy prime minister informed the public that students had fled to the third floor of the building in panic rather than taking the fire exit, pointing out that dorm officials were apparently untrained in fire safety and emergency exit protocols. Kaynak said he would exert efforts to shift the responsibility of dormitory safety inspections and emergency training of residents to the Disaster and Emergency Management Authority (AFAD), a state-run disaster agency which he oversees.

Meanwhile, Turkey's Ministry of National Education, which regulates privately run dormitories, revealed new regulations imposing stricter, mandatory safety requirements on operators of private dormitories. A one-year deadline for compliance was issued to private dormitories, stipulating that they must meet the new standards or face closure. Automatic fire sprinklers will be installed in all dormitories and the use of flammable materials inside the buildings will be banned. The new regulation requires students and staff to participate in emergency training and introduces random safety inspections rather than the previous bi-annual inspections.