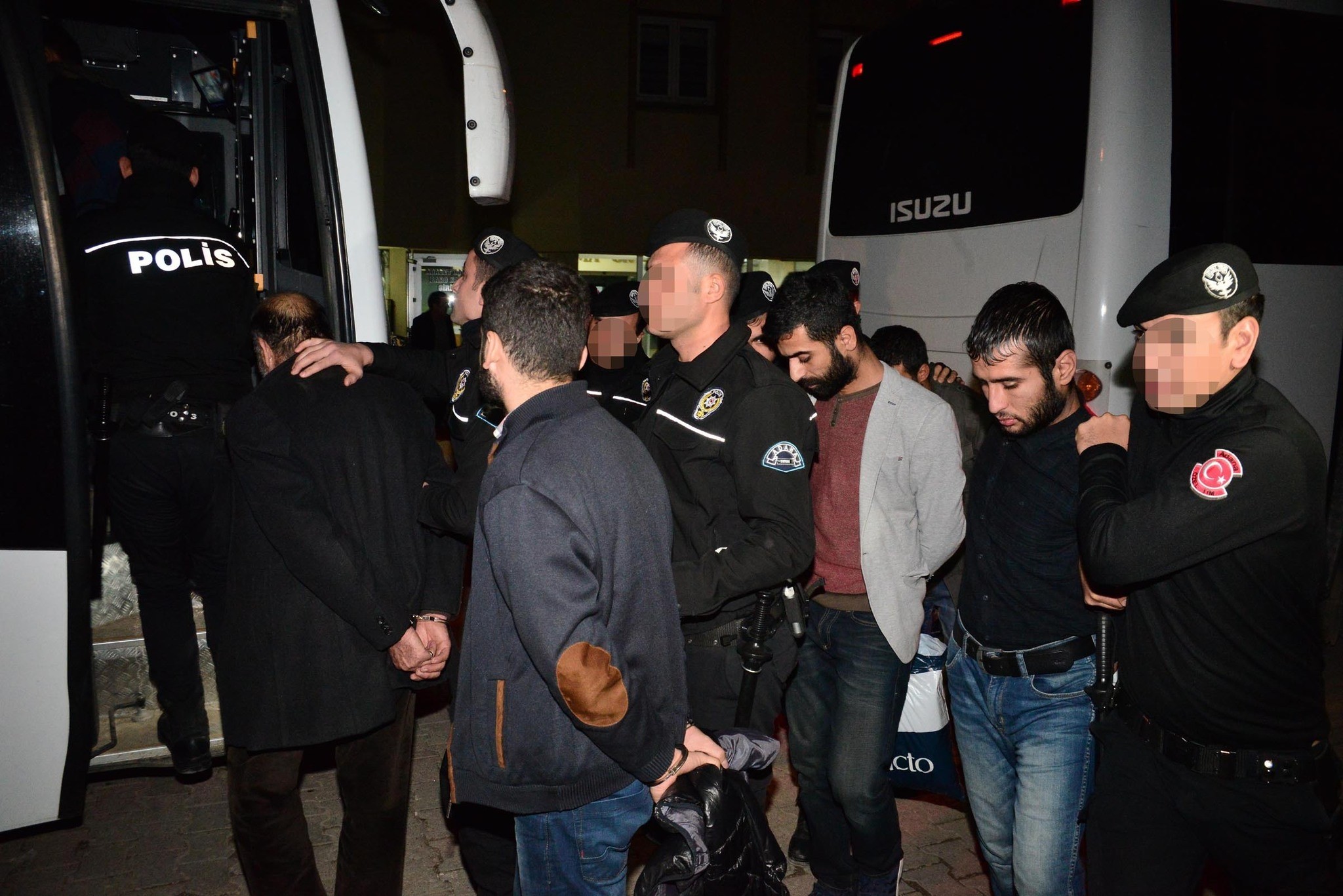 | AA Photo
by Daily Sabah Dec 06, 2016 12:00 am
16 members of the PKK terrorist organization, including one senior leader, were arrested on Monday over their connection to the murder of a police officer in Turkey's southern Adana province.

Adana police detained 39 suspects last month over an investigation into the death of a police officer, who was killed when PKK supporters threw Molotov cocktails at security forces during an unauthorized demonstration on November 6.

On Monday, a Turkish court ruled for the arrest of 16 suspects while releasing 23 others who were in custody. Senior PKK member Sedat Şimşek, whose code name is Saddam, was among the arrested.

The PKK -- listed as a terrorist organization by Turkey, the U.S., and EU -- resumed its decades-old armed campaign in July last year.

Since then, PKK terrorist attacks have killed more than 700 security personnel and have also claimed the lives of many civilians, including women and children, while nearly 8,000 PKK terrorists have been killed in army operations.
RELATED TOPICS