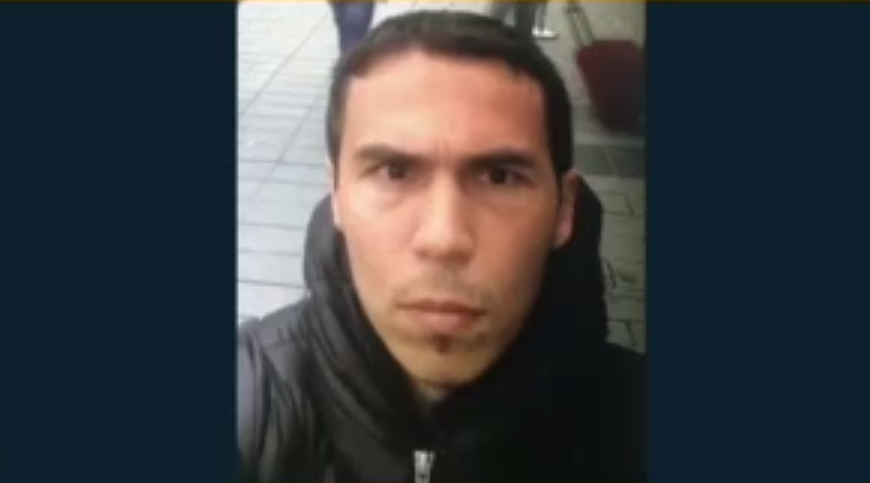 Turkish security forces deepen investigations to find the terrorist who attacked a nightclub in Istanbul, killing 39. Several images of the gunman captured by security cameras have been released

As Turkish police deepen the probe into the terror attack that killed 39 people and injured 65 others early on Sunday, new details on the attacker's identity have emerged. The clearest images of the attacker captured by security cameras were released by the police on Monday, showing the terrorist, believed to have originated from Central Asia, to be around 25 years of age.

Initial police reports suggested that the suspect may be from Uzbekistan or Kyrgyzstan, while officials are also investigating the possibility that the attacker may be from Xinjiang in western China.

Meanwhile, it was revealed that the suspected assailant brought his family to central Konya province two months ago. He allegedly came to the city with his wife and two children to prevent drawing attention. During her testimony after being detained, the wife said that she was not even aware of her husband's "sympathies" with the Daesh terrorist organization.

According to the Hürriyet and Karar newspapers, police had also established similarities with the high-casualty suicide bomb and gun attack at Istanbul's Atatürk Airport in June and was investigating whether the same Daesh cell could have carried out both attacks.

Kyrgyzstan's Foreign Ministry said it was looking into the media reports. "We have ordered the consul in Istanbul the check this report that has appeared in the press," the Interfax news agency quoted ministry spokeswoman Aiymkan Kulukeyeva as saying Monday.

"According to preliminary information, this information is doubtful but we are checking all the same."

The Daesh terror group claimed the attack on Monday. Police arrested eight suspects on Monday in connection with the nightclub attack.

According to experts who examined the footage of the attack, the suspect looks to have been professionally trained on how to use the weapon.

In the footage, he is seen wearing a green shirt, a dark pair of trousers and black boots, firing his long-barreled weapon, aiming people's upper bodies.

Over the course of the attack he changed six chargers and fired over 180 bullets, according to the investigation.

On late Monday, police launched an operation in Istanbul's Zeytinburnu district, known to host a significant community from Central Asian countries. Initial reports suggested that the suspect might be the terrorist that carried out the attack and tried to escape the police, however, it was later revealed that the incident was not related with the attack.

On the other hand, media outlets run a selfie video on Tuesday of the alleged gunman who perpetrated the nightclub massacre. The video shows the attacker filming himself at Taksim Square. It was not immediately clear if it was filmed before or after the New Year massacre.