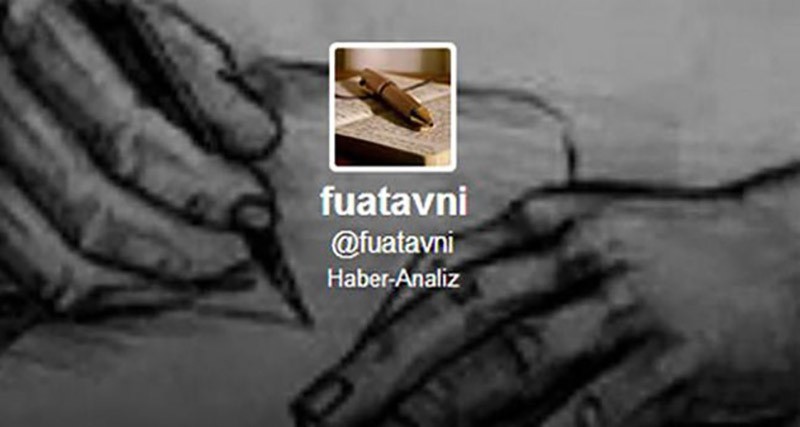 The founder of the controversial Twitter account under the name of Fuat Avni (@fuatavni_f), which has been used extensively by the Gülenist Terror Group (FETÖ) for manipulative propaganda and intimidation, was uncovered on Sunday as part of ongoing investigations into FETÖ's media structure by Istanbul Chief Public Prosecutor's office.

Investigations showed that the social media account was first signed by "Muhammed Said Solak", but Solak later changed his name to Said Sefa through a court ruling in 2012.

It was discovered that this account became "@fuatavni_f" in February 2014, and Said Sefa was determined to be the first person to write a news article about the account.

The Prosecution Office also employed experts to examine the writing style used by the account. According to findings, the account password was shared with FETÖ's top officials to be used as a common social media account for the terror group.

A person named Davut Aydın was also listed as a suspected collaborator of Said Sefa, the bill of indictment stated.

The Twitter account first appeared in February 2014, roughly three months after December 17 - 25, 2013 coup attempt launched by Gülen-linked police officers and judiciary members against Justice and Development Party (AK Party) figures and their relatives. The operations, accompanied by the exposure of illegally gathered or manufactured wiretapping of government officials through the media, led to the resignation of four ministers at the time. However, the government said that it was a coup attempt on behalf of Gülenists.

The account, using its sources at key governmental posts, leaked confidential decisions by the government, accompanied with threats, insults and commentaries targeting President Recep Tayyip Erdoğan and other government officials.

It served as an important tool for Gülenists in manipulating the opposition against the government.