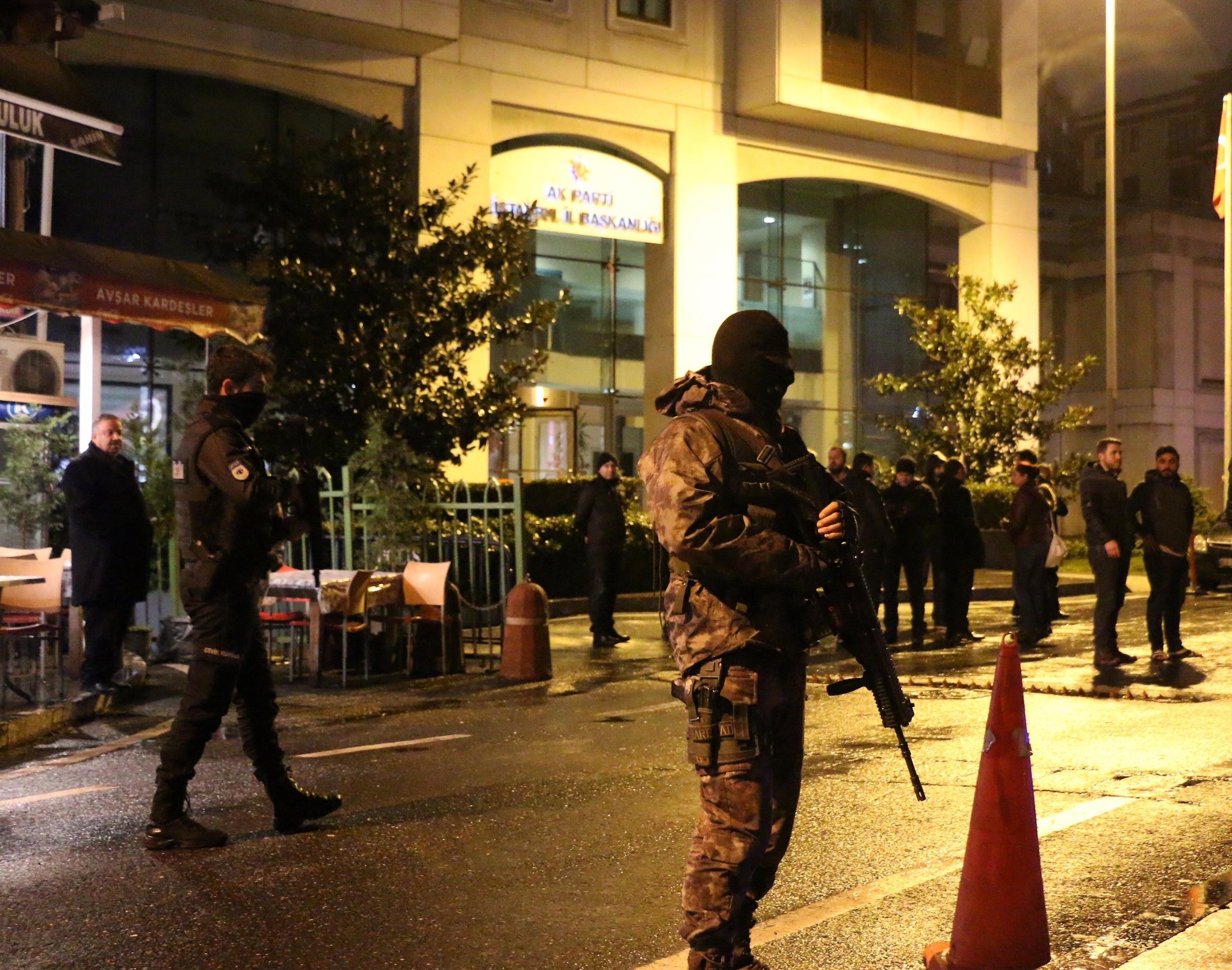 The gunman who attacked Istanbul's police headquarters and an office of the ruling Justice and Development Party (AK Party) on Friday has been identified as a member of the Revolutionary People's Liberation Party-Front (DHKP-C) terror group.

Officials said the fingerprints found on the weapon used in the attack have matched with Şerif T., a DHKP-C member who had a price of 300,000 Turkish liras (around $80,000) put on his head and was also featured in the "category grey" of Turkish Interior Ministry's "wanted terrorists" list.

The list is divided into five color-coded categories, red designating the most wanted, followed by blue, green, orange and grey respectively.

Istanbul Governor Vasip Şahin said on Twitter late Friday that no one was injured in the attack on the police headquarters, and an investigation had been launched.

No injuries were reported after the attack on the AK Party headquarters, according to a Twitter post by the group's provincial head, Selim Temurci on Friday.

He told reporters later on Friday that the rocket pierced the wall of the building but did not explode, and pointed to the involvement of the ultra-left Revolutionary People's Liberation Party-Front (DHKP-C).

Temurci also said that two assailants were involved in the attack.