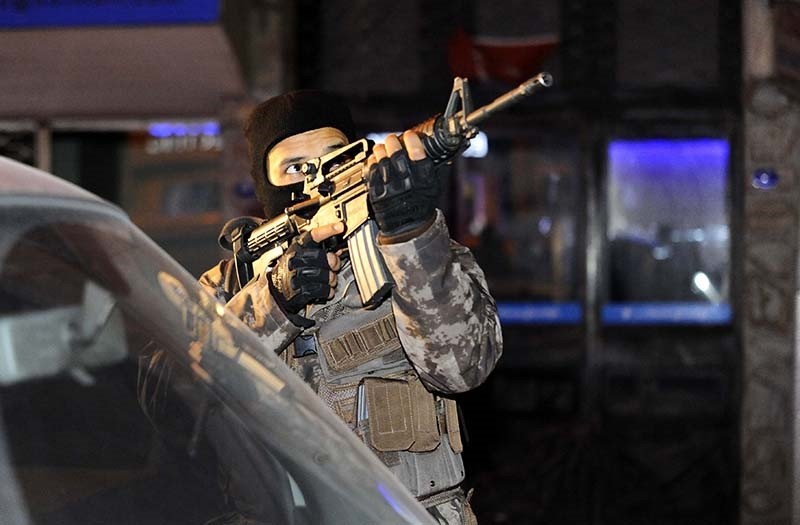 A total of 834 people linked to the PKK terrorist group and its affiliate the Kurdish Communities Union (KCK) have been detained over the last two days in counterterror operations in 37 cities.

A small number of weapons were seized in the operations against the group that killed more than 1,200 people since it resumed its activities after a brief lull two years ago.

A statement released on Tuesday by the Turkish National Police said the operations were carried out in response to PKK senior cadres' orders to militants to step up attacks in the so-called "spring offensive," which was expected to start today, marking the 18th anniversary of the capture of Abdullah Öcalan, the leader of the terrorist group who is currently locked up in an island prison.

The statement said that the PKK planned armed riots in cities similar to the ones in predominantly Kurdish southeastern cities a few years ago where the group's supporters took to the streets for pro-PKK rallies.

The PKK, which claims to fight for Kurdish self-rule in southeastern Turkey, has killed thousands of civilians in more than three decades of terror attacks. A brief cease-fire agreement, brokered with the Turkish government for a reconciliation process, collapsed two years ago and the PKK has since resumed its armed campaign in which more than 1,200 people, including security personnel and civilians, have lost their lives. More than 4,000 security personnel and over 2,000 civilians have also been injured.

The group is listed as a terrorist organization by the U.S., EU and Turkey, but its senior cadres have long managed to avoid capture by using the mountains in Turkey's southeast as cover as well as in areas of northern Iraq, where PKK leaders are believed to be currently hiding.

In counterterror operations, more than 10,000 PKK terrorists have been killed or apprehended after the terrorist group resumed its attacks in 2015. Approximately 5,500 weapons, 652,000 rounds of ammunition, more than 142 tons of explosives and 15,000 bombs have been seized.