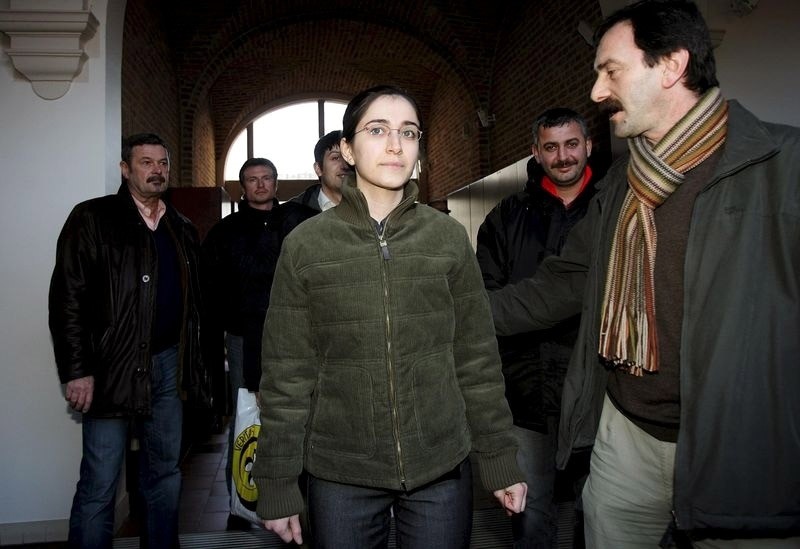 The high criminal court at the northern Belgian city of Bruges sentenced left-wing Revolutionary People's Liberation Party-Front (DHKP-C) terrorist Fehriye Erdal to 15 years in prison and suspended her civil and political rights for 10 years in absentia. The conviction comes for crimes committed in Turkey, including her involvement in the 1996 assassination of the former head of the industrial conglomerate Sabancı Holding.

Speaking to Daily Sabah, Sabancı family lawyer Fernand Schmitz welcomed the decision saying that although it has been 21 years since the assassination of Özdemir Sabancı, they are satisfied with the verdict. "At first the Belgian judiciary argued that this was a political case and refused to extradite her, but now they have finally accepted that it is in fact a criminal matter," he said. Commenting on the judge giving her 15-year sentence with a "condemnation," Schmitz said the wording suggests DHKP-C terrorist Erdal would not benefit from "elapsed time" (statute of limitations) and would be jailed once she is captured.

When asked about the rumors that Erdal was seen in Belgium and some Scandinavian countries, Schmitz said they also heard similar rumors, but they failed to verify the reports. "We also heard that she was seen in Germany and the Netherlands. We understand that the Belgian authorities are not searching for her and that she is not a priority for them."

After being hired as a member of the maintenance staff by Sabancı Holding, Erdal helped other DHKP-C militants, Ismail Akkol and Mustafa Duyar, to enter Sabancı Towers in Istanbul to assassinate Sabancı along with Haluk Görgün, the general manager of ToyotaSA, and secretary Nilgün Hasefe. Erdal first fled to Greece, hiding in a truck, and then to Belgium after the murder. She was first captured by Belgian authorities with a fake passport when her flat caught on fire in 1999 and was tried in court. After serving a year in prison, Erdal was taken into house arrest, where she fled in 2006.

During the hearing on Jan. 2, a Belgian prosecutor sought a 30-year aggravated prison sentence for crimes committed in Turkey and an additional 15-year long security precaution decision. The hearing was postponed to Feb. 20.

A video acquired in March showed Erdal in a meeting with other DHKP-C members. Obtained from Belgian sources, the video raised the question of why the Belgian police are yet to capture her, despite their awareness of her membership in a terrorist organization in Turkey.

The second suspect in the Sabancı murder, Akkol was captured in February 2016 in Turkey's western Aydın province 20 years after the incident. Upon his release from prison in July 2015 by Greek authorities after roughly spending one year in jail, Akkol was on the run in Greece, which has long been a favorite hideaway for terrorists from the DHKP-C and the PKK. Along with Akkol, Fadik Adıyaman, another member of the DHKP-C, was taken into custody, and the two suspects were found to be in possession of rifles and explosives and were reportedly on their way to carry out a terrorist attack on an unspecified target. The third suspect Duyar, surrendered months after the murder and pleaded guilty, but he was killed during a prison riot in 1999 while serving his sentence for the murder.