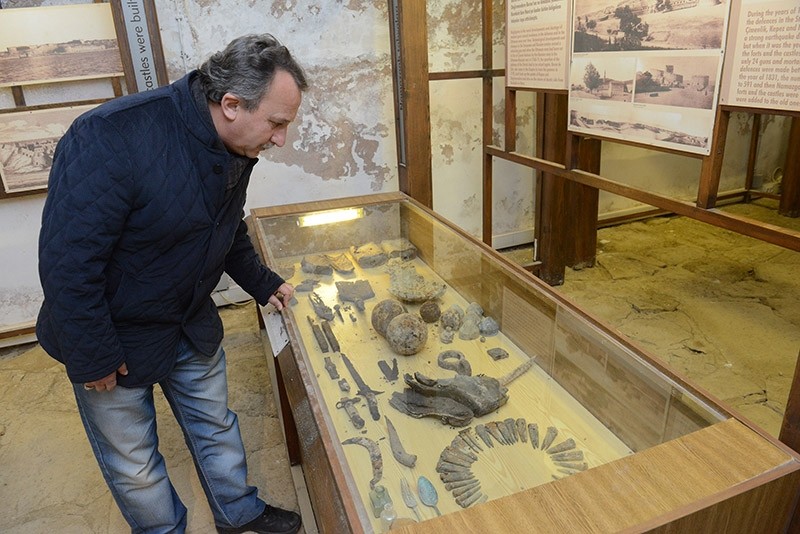 Bullets and their cartridges dating back 100 years have been stolen from the Namazgah Bastion near the Kilitbahir Castle, located in one of the most important sites of the Battle of Gallipoli in western Turkey's Çanakkale province.

The bastion, which now serves as a museum, previously contained 8,500 bullets affected by corrosion in its third bonnet. Bonnets, which get their name from the French hat, were often used to store ammunition during war.

Museum officials stated that some of the bullets had been stolen last month from the bonnet, which was used as an ammunition store and camouflage for soldiers.

It is not clear yet whether the bullets were all stolen at once or piece by piece.

As part of the ongoing investigation, the Çanakkale Provincial Culture and Tourism Directorate sent out warnings regarding the stolen bullets to all museums, collectors and auction rooms.

Border gates were also given notice with detailed photographs of the bullets, in case someone would try to smuggle them out of Turkey.

The Namazgah Bastion was built during the Sultan Abdulaziz era and later modernized in 1892.

The battalion of the 4th Heavy Artillery Regiment used the bastion during the Battle of Gallipoli.

The Ottoman Empire, which allied with Germany and Austria-Hungary in World War I, faced a major push from Allied forces, who sought control of the Dardanelles.

The strait was seen as the gateway to Istanbul, which was then the capital of the Ottoman Empire, as well as a pathway to the Black Sea from the Aegean and Mediterranean Seas.

In February 1915, the British and French navies launched a massive attack on the strait, and the primary assault began on March 18, 1915. When battleships failed to seize the strait, the Allies dispatched troops that landed on the Gallipoli Peninsula in April 1915.

The Allied campaign eventually failed in January 1916, but heavy casualties were sustained on both sides. The Allies' total casualties amounted to 187,000 soldiers, while Ottoman forces lost about 211,000 troops in the battle, according to Turkish sources, though the exact number of casualties is still unknown.