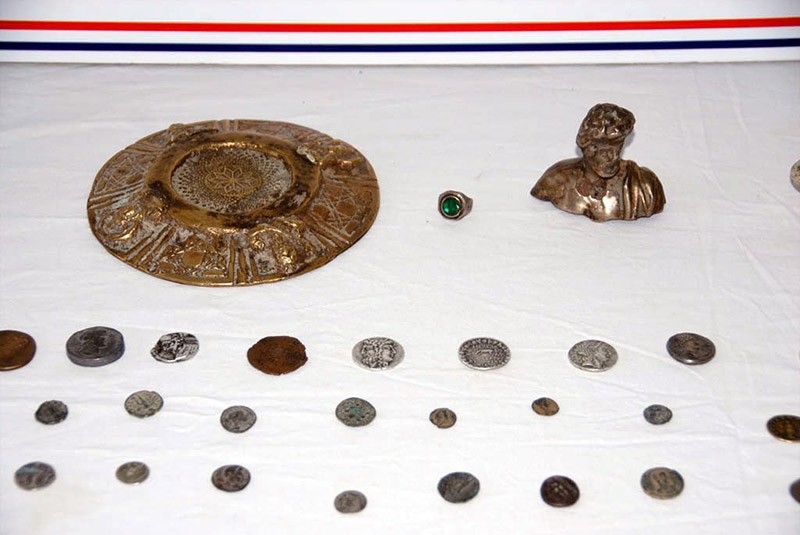 A total of 2,700 silver, bronze and copper coins, one gold coin, and 20 crosses were seized in along with other pieces including a mirror, seal, belt bucket, necklace, earrings and stones.

The detained suspect A.K. was later referred to the court after necessary procedures were completed at the Tuzla District Police Department.

The confiscated historical artefacts were identified to date back to the Roman, Ancient Greek, Byzantine and Ottoman periods between 976 and 1025.