Admiral explains how FETÖ planned coup, ordered him to kill 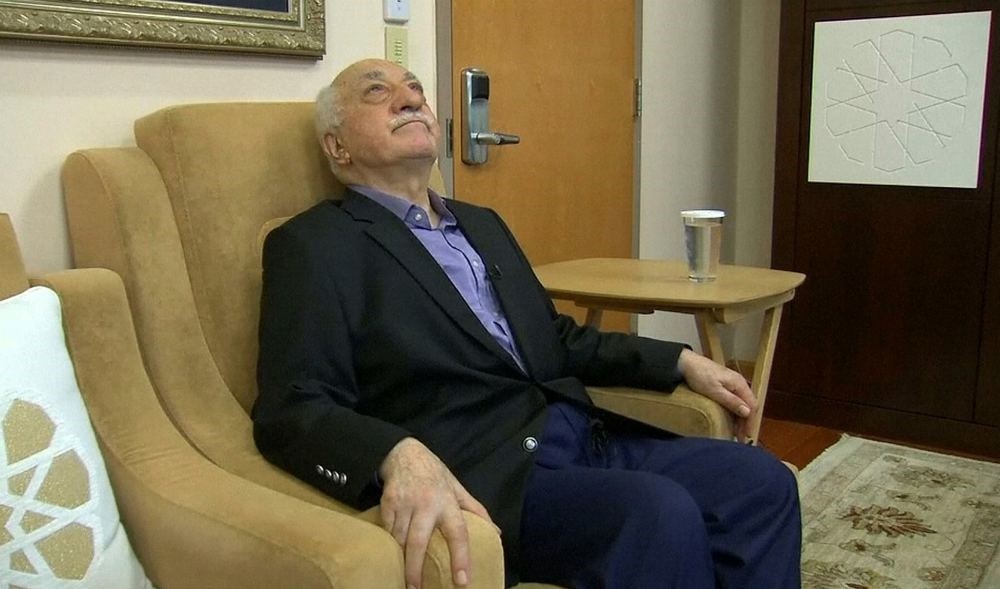 A former admiral has emerged as a ‘anonymous witness' in the July 15 coup attempt trials. Revealing his identity, Halil İbrahim Yıldız confessed in a court in İzmir that he was among the planners of the coup with civilian FETÖ members who ordered him to use his soldiers to kill anyone opposing the putsch

A former admiral, who previously testified as a secret witness in investigations into the Gülenist Terror Group (FETÖ), exposed his identity in a trial in the western city of İzmir. Admiral Halil İbrahim Yıldız was the commander of a naval infantry brigade at the time of the July 15 coup attempt, blamed on FETÖ during which 248 people were killed. It was revealed during his testimony in the trial where 270 defendants stand accused of the coup attempt that he was "Kuzgun," the secret witness who helped investigators to uncover the FETÖ scheme for the putsch bid.

Yıldız confessed that he attended meetings of non-military members of FETÖ and FETÖ infiltrators in the army prior to the coup and that together they drafted plans on how to seize power in the country. He said a key FETÖ member among the planners told him "to kill anyone" confronting him and his military unit during the putsch attempt.

He told the court he was among the first defendants in the coup attempt cases who confessed that Fetullah Gülen, the U.S.-based leader of the terror cult, was behind the putsch bid. "Please think of me not as someone who seeks a sentence reduction but rather, as a man who was deceived by [FETÖ], which exploited his religious faith," he said. The terror cult started out as a religious movement and charity before it broadened its clout in Turkey and sought to topple the elected government in 2013 and last year.

The former admiral said he first came into contact with FETÖ in the early 1990s and grew attached to them as he attended meetings where he and others discussed the teachings of Gülen. He said he never questioned why everyone in the group used code names and only realized much later that it was for covering their tracks in the illegal activities of the group. He told the court that FETÖ members gave him questions and answers to a military school exam earlier in his career.

On the period leading up to the coup attempt, Yıldız said Hasan Coşkuner, a civilian FETÖ member who was among the defendants in the İzmir trial, coordinated the coup meetings he attended. He testified that Coşkuner used an encrypted messaging app for communicating with other members of the terror cult.

He said they met in a villa in the capital Ankara with other FETÖ members, including military officers who were imprisoned for their role in the putsch. "A man who was not a military officer like us was leading the prayers we performed during the break from meetings. I did not know him then, but I discovered it was Adil Öksüz when I saw his photos after the coup attempt," he said. He was referring to a theology lecturer who was also a senior member of the coup attempt. Öksüz was captured in Akıncı, the military base the coup plotters used as their command center, but he was released by judges in a controversial ruling hours after his detention. 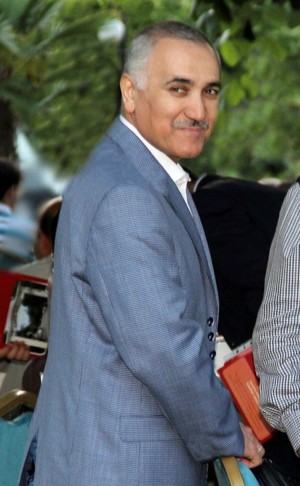 Öksüz, who remains at large, is believed to be the point man for Gülen in masterminding and executing the coup. "He told military officers that he would have the final approval of Fetullah Gülen before the start of the coup. We had two dates to start the coup; it would be either July 15 or July 22. "When we told him that the coup can fail if the public resists, he told us to be optimistic. 'By God's will, it will end well,' he said," Yıldız said.

After the meetings, the admiral was given a list of other officers who would help him in executing the coup and was told who he should capture or kill during the coup. He said he was reluctant to order his soldiers to take over strategic locations in İzmir and had a phone call with Hasan Coşkuner. "He told me to take my troops out to the street and kill anyone opposing the coup before they kill me," Yıldız told the court.

He also confirmed what prosecutors in Ankara claimed and said Akın Öztürk, former commander of the Turkish army's air force, was the designated head of the junta.

He said FETÖ was afraid that the state was preparing to dismiss hundreds of FETÖ-linked officers from the army before the coup and that it was likely that they decided to start the coup earlier than planned.

Col. Hakan Bıyık, who was another secret witness in the case before revealing his true identity, testified on Friday and told how FETÖ schemed to get more troops on their side during the coup. Bıyık was a senior commander at a commando school in İzmir where the elite units of the military are trained.

He told the court that Adil Öksüz acted as "someone relaying Gülen's orders" to its followers in the army. "Öksüz told us to convince Chief of General Staff Gen. Hulusi Akar to join the coup plotters. To do this, we were told to tell Akar that President Recep Tayyip Erdoğan asked for his retirement in the next meeting of a supreme council that decides on the promotion of officers. 'This was Gülen's instruction,' Öksüz told us," Bıyık said.

Like Yıldız, Bıyık said he joined FETÖ "for religious reasons" and denied that he was a member of the "terrorist group," though he admitted he knew FETÖ was behind the coup attempt. He gave the names of the colonels and generals who attended the meetings with Öksüz as coup plotters and said Öksüz was always making phone calls to other high-ranking FETÖ members during the meetings. Bıyık claimed he first learned about the coup attempt on July 5, when "Cihan" (the code name of the senior FETÖ member commanding the group's infiltrators in the Turkish military's gendarmerie forces) sent a message to him on that day. "He told me to come to Ankara immediately and when I asked why, he said '[the military] will seize power and we are working on it,'" he said.

He said during the meetings with Öksüz and military officers, they also discussed what to do first after seizing power and determined their first task was to release all FETÖ members imprisoned in the country.

Yıldız's testimony matches an indictment by prosecutors in Ankara who are tackling the main case regarding the coup attempt where Gülen is designated as the prime suspect. The indictment announced earlier this month says Akın Öztürk was heading the putschists' Peace at Home Council. The Ankara Chief Prosecutor's Office is asking for multiple life sentences for Gülen and Öztürk.

Gülen remains in the United States where he settled in 1999. Thirty-seven members of the coup council and Gülen face a record 2,988 possible life sentences for the coup attempt that killed at least 248 people.

The indictment by Ankara prosecutors says that the coup plotters first started drafting plans for a putsch in December 2015 and that putschists from every branch of the Turkish Armed Forces participated in a string of secret meetings on how to execute the coup.

In their initial testimony, most generals linked to the coup attempt denied that they were involved in the attempt and claimed they were trying "to convince pro-coup troops to stop it." Öztürk for his part has claimed he was at Akıncı Air Base - where coup plotters held anti-coup troops hostage - to stay in the officers' lodgings there and "to see his grandchildren" staying there. Gülen also denies his involvement in the coup attempt although prosecutors say evidence is mounting against the FETÖ leader, with the connections of senior pro-coup officers to Gülenists. Gülen refuses to return to Turkey, while Ankara seeks his extradition from Washington.

Trials over the coup attempt started last December. Hundreds of military officers have been indicted in cases involving the takeover of military bases, attacks on strategic locations, such as Parliament and the Presidential Palace, although the main trials of high-ranking officials are yet to start, and most defendants are low-ranking officers who claim they simply followed orders when they joined the coup. Most defendants claim they are not linked to FETÖ despite the evidence, such as an encrypted messaging app exclusive to the terror cult found in their possession.
RELATED TOPICS