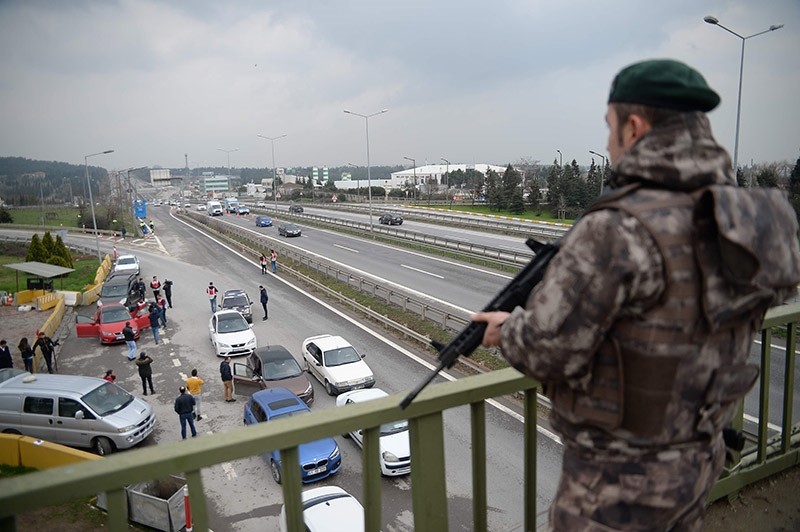 A total of 2,000 police prepare for a large scale public security operation in Istanbul's European side as a follow-up of a previous operation, which was carried out on March 15 in the Asian side with the participation of 1,000 police.

Similar to its previous counterpart, the new operation will also involve the closure of all air, land and sea entrances and exits of Istanbul's European side.

The operation is expected to take place from 12:00 to 15:00 p.m. local time on Thursday, during which numerous checkpoints will be established across all districts on the European side of Istanbul.

During last week's helicopter supported initial operation, a total of 14 entrances and exits were closed.

A total of 6,578 people were subject to General Information Gathering (GTB), while 18 people wanted by the police were detained.

Istanbul Police Department also announced that 2,231 vehicles were checked, adding that 95 of them received fines.