Turkey launches probe into some US bureaucrats for ties to FETÖ 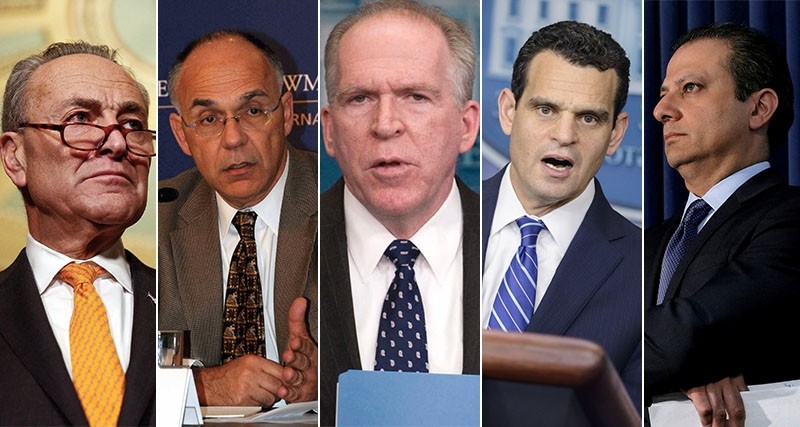 The Chief Public Prosecutor's Office in Istanbul has launched a probe into 17 individuals including US politicians, bureaucrats and academics, who are suspected of being linked to the Gülenist Terror Group (FETÖ).

The decision comes after some Turkish attorneys filed a criminal complaint against the individuals.

The suspects have been accused of attempting to overthrow the Turkish government and being members of a terror group.

The prosecutor's office is investigating July 15 and July 17 meetings of the suspects in Istanbul, their entries to Turkey and suspected links to other FETÖ suspects.

Speeches and social media messages related to FETÖ made by the suspects have also been included in the investigation.

The Istanbul office may apply to Interpol to issue a red notice against those individuals abroad.

In the wake of the putsch attempt, tens of thousands of FETÖ suspects have been arrested, including many in the armed forces, police, judicial system, education and business sector.

According to Turkey's government, terrorist group FETÖ and its U.S.-based leader Fetullah Gülen orchestrated the defeated coup of July 2016 which left 249 people killed and nearly 2,200 injured.

Ankara has also said FETÖ is behind a long-running campaign to overthrow the state through the infiltration of Turkish institutions, particularly the military, police, and judiciary.