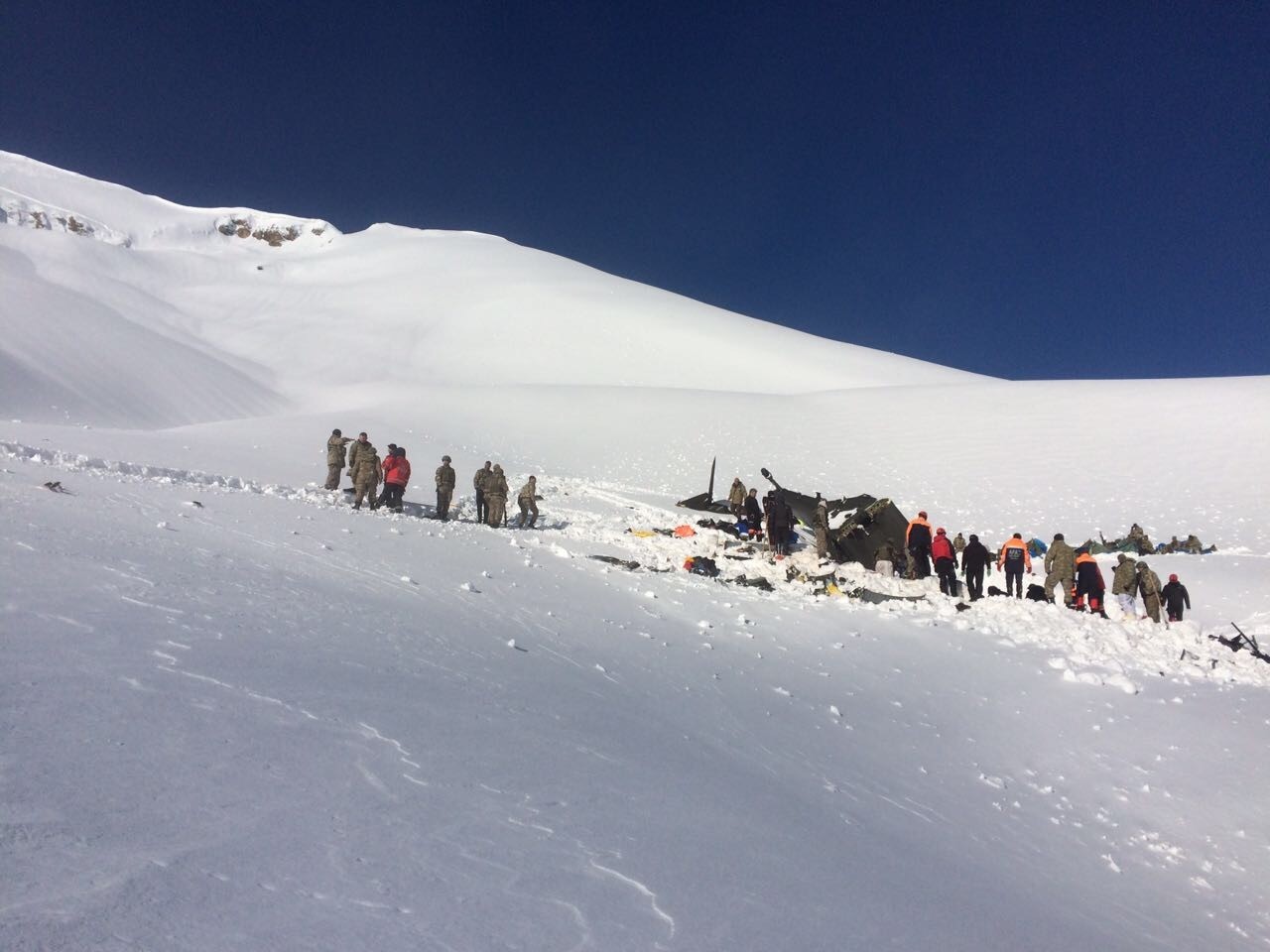 The wreckage of the helicopter was found in a mountainous region covered in snow hours after the crash on Tuesday.
by daily sabah Apr 20, 2017 12:00 am

Prosecutors are investigating Tuesday's police helicopter crash in eastern Turkey that claimed the lives of police officers, a military officer and a judge.

The Blackhawk helicopter crashed after authorities lost contact with the crew after its takeoff in Tunceli province where foggy weather prevailed. Following hours of search and rescue efforts, the wreckage was located in a mountainous area. Initial findings showed that the helicopter crashed due to adverse weather, though the investigation may shed light on more details about the incident. Aviation experts, for instance, question why contact with the helicopter was lost before the crash.

Victims' bodies were to be transported to their hometowns before an official funeral ceremony yesterday prior to their burial.

Security sources said the helicopter was used to transport law enforcement personnel and other civil servants as travel by land is risky in the area due to terror threats.

Media reports identified one of the victims as 29-year-old Judge Onur Alan who was appointed to his first post in Tunceli's Ovacık district last year. The other victims were policemen. Alan and noncommissioned officer Yavuz Selim Karaman were tasked with delivering documents regarding Sunday's nationwide referendum to the central electoral authority in Tunceli from Ovacık and were on their way back to Ovacık when the helicopter crashed.

Almost 20 Blackhawk helicopters have crashed in Turkey in 22 years; the first also occurred in Tunceli in 1993.

The prior incident involving a Blackhawk helicopter occurred in July 2016 when seven people, including military officers and their family members, were killed when a military helicopter crashed in a mountainous area in northern Giresun.