Turkey looks abroad to clamp down on FETÖ suspects 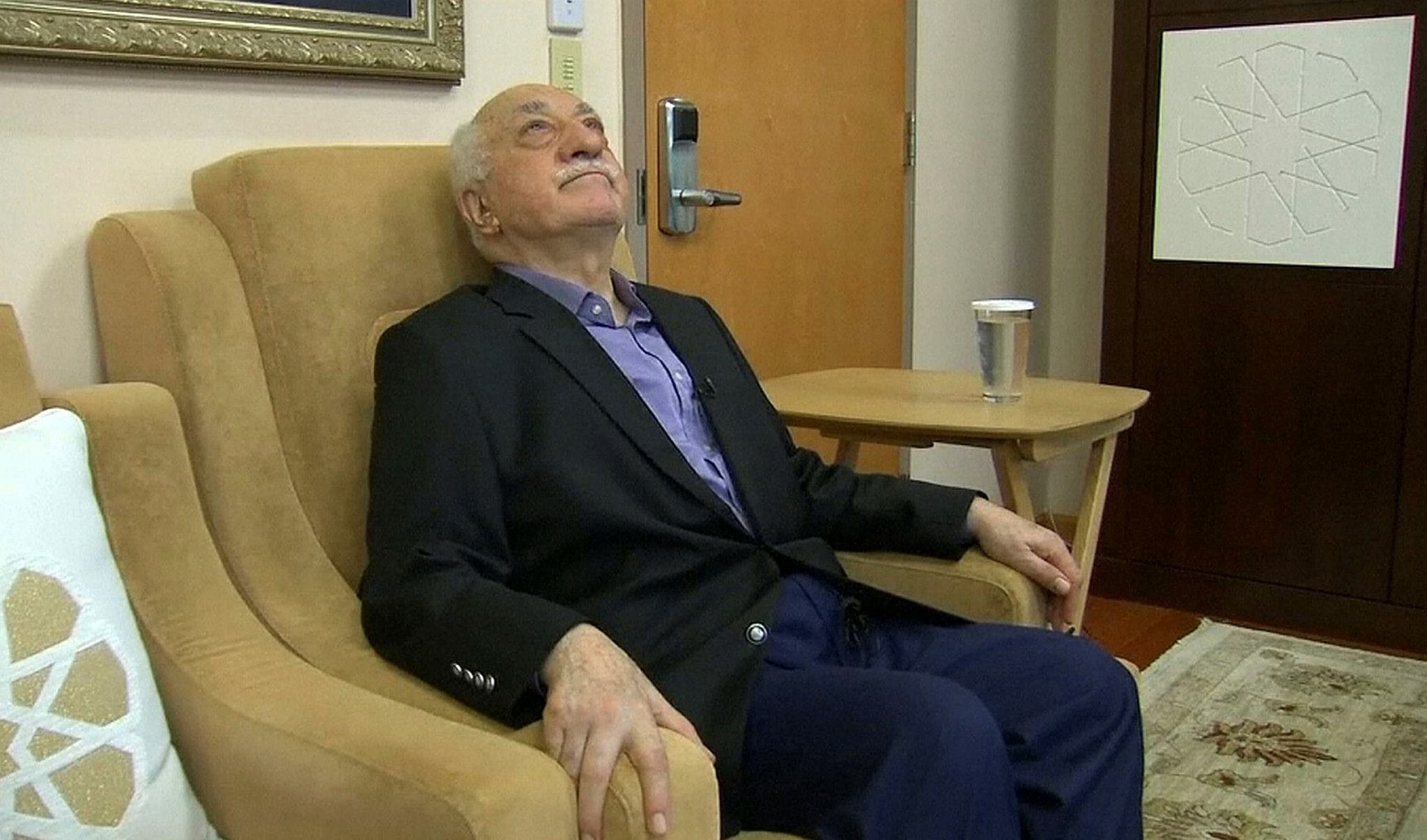 Fetullah Gu00fclen, the leader of FETu00d6, is among the many members of the terrorist group which found refuge in the United States and other Western countries.
by Erkam Çoban Apr 20, 2017 12:00 am

In the wake of last year's putsch bid by its infiltrators in the army, FETÖ is facing an international crackdown. Turkey has so far secured the extradition of 16 members of the terrorist group from Asian countries and Bulgaria, while some Western countries continue to drag their feet in handing over FETÖ members facing trial

Since a deadly coup attempt on July 15 last year, Turkey has stepped up its struggle against the Gülenist Terror Group (FETÖ), which is accused of orchestrating the putsch bid through its infiltrators. High-ranking members of the terrorist group, including its leader Fetullah Gülen, are already abroad while those in lower ranks fled the country after it failed in the brutal putsch bid, which left 248 people resisting the attempt dead.

The Interpol liaison office of Turkish police spearheads efforts to bring back FETÖ members from abroad and it has succeeded in securing the extradition of 16 suspects so far from Asian and Middle Eastern countries plus Bulgaria. Western countries, however, which are viewed as safe havens for sympathizers of the group, have been reluctant in extradition process.

The "cross-border" fight against FETÖ involves efforts by the Foreign and Justice Ministry, and the police and intelligence services. The ministries pursue intense diplomatic efforts, presenting evidence of the terrorist group's involvement in the coup attempt.

The terrorist group, which long posed as a religious charity movement to attract followers, managed to garner following across the world and established a global network of schools and companies in all continents, spanning from the far corners of Africa all the way to California in the United States.

Following the deadly coup attempt, Turkey now works to locate the presence of FETÖ across the world, focusing on the terrorist group's commercial entities. European countries, which have also been blamed for harboring supporters of other terrorist groups, failed to respond to Turkey's requests for extradition while Arab and Asian countries positively responded.

Germany is singled out among the European countries for embracing some 250 fugitive diplomats and soldiers accused of involvement in the coup and links to FETÖ. The United States is the second favorite destination of Gülenists with the terrorist group's leader Fetullah Gülen living in a posh retreat in Saylorsburg, Pennsylvania and the group runs dozens of charter schools and companies across the country.

Turkey has been pressing Washington for the extradition of Gülen and hopes the Donald Trump administration will act swiftly. Gülen is implicated in a number of cases FETÖ is involved in, from illegal wiretapping to money laundering. In cases related to the coup, he is the prime suspect. If he returns to Turkey and is convicted, Gülen will be sentenced to multiple life sentences.

In the main case Gülen faces he is accused of masterminding the putsch bid. Adil Öksüz, a fugitive member of the group who served as point man for Gülen for group's infiltrators in the Turkish army, planned the coup attempt with infiltrators and had Gülen's approval beforehand, according to prosecutors.

Security sources say most members of FETÖ had bought plane tickets to other countries in case the putsch failed and fled abroad when a strong public resistance against the putschists led to the coup attempt's demise.

The terrorist group acted prematurely, according to prosecutors, to carry out the coup as it was afraid that the state would weed out FETÖ members in the army through an August 2016 military council meeting that was to reshuffle the ranks of the army.

Meanwhile, three high-ranking militants of the group are among those that have been extradited to Turkey. Metin Tekeci, the national manager for a Turkish bank in Bahrain, had an arrest warrant issued against him for FETÖ membership. He came under police radar after he had contacted the Manama embassy of Turkey in January 2017, apparently unaware of the arrest warrant. His passport was seized and he was deported to Turkey where he is being held awaiting trial. Tekeci is accused of running FETÖ's affairs in the Gulf country.

Abdullah Büyük, a high-ranking FETÖ member who was subject to a travel ban after his initial detention in 2015, had fled to Bulgaria in February 2016. Bulgaria allowed him in while Turkey sent eight requests for his extradition. Bulgaria carried out his extradition in August 2016 and Büyük was returned to Turkey later that month. He is accused of controlling the funds of terrorist group.

Malaysia also cooperated with Turkey and extradited Alettin Duman and Tamer Tıbık, two senior FETÖ militants, in October 2016. Duman, the Malaysia "imam" (point man) of FETÖ and Tıbık have since been arrested on terror charges.

Ankara vowed to bring all FETÖ suspects to justice in the aftermath of the coup attempt that laid bare just how desperate the terrorist group was to seize power in the face of a crackdown against it. Several soldiers linked to FETÖ and involved in the putsch managed to flee abroad while officers worked in NATO missions abroad and linked to the coup sought asylum in the countries they were posted to.

Turkey now awaits the final verdict on eight pro-coup officers who hijacked a military helicopter and fled to Greece on July 15, a few hours after the putschists started to surrender when they realized they had failed. Greek courts rejected to deport soldiers to Turkey and decided to extend their detention in Greece for three months in February. Turkey has re-submitted an arrest warrant for the soldiers after the extension of their detentions but Athens so far has not responded.
RELATED TOPICS