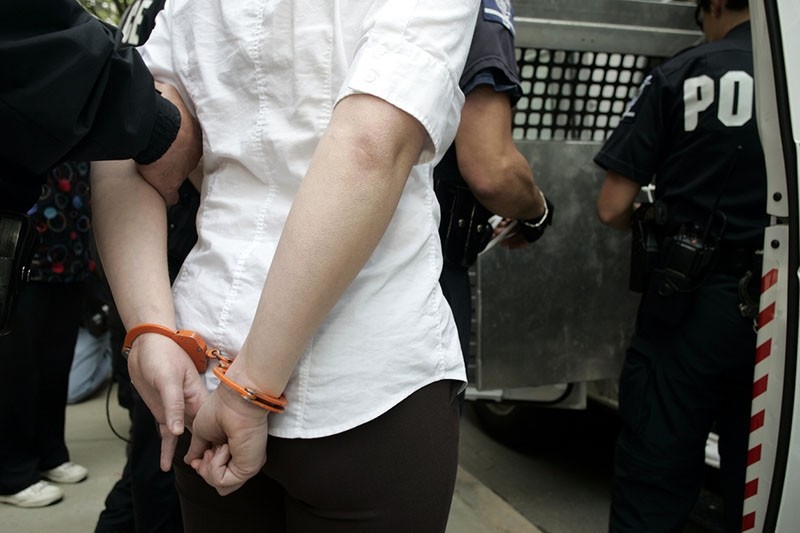 Two FETÖ members arrested in Malaysia earlier this week turned out to be accused of funding Daesh, another terrorist group. Malaysian officials Turgay Karaman and İhsan Aslan were being investigated for 'spreading, influencing and funding Daesh activities'

Two men accused of being members of the Gülenist Terror Group (FETÖ), which is blamed for the 2016 coup attempt in Turkey, were arrested in Malaysia for funding Daesh, Malaysian officials announced.

Turgay Karaman, who runs a school affiliated with FETÖ in Malaysia, and businessman İhsan Aslan were arrested earlier this week, officials revealed on Wednesday.

Malaysia's anti-terrorism police unit had been investigating the two men, along with a number of others, for "spreading, influencing and funding" Daesh activities, Deputy Prime Minister Ahmad Zahid Hamidi said.

Officers had a raft of communications between Karaman and Aslan, Zahid told reporters, without revealing details of the alleged exchanges.

News of the arrests broke out on Wednesday, when national police chief Khalid Abu Bakar tweeted that the men were being held "because they threatened the security of Malaysia."

Karaman and Aslan were being held under the Security Offences (Special Measures) Act, the deputy prime minister added, which allows police to detain them for 28 days.

Malaysian police chief Khalid said there had been no request from the Turkish government to detain the men.

He did not respond to questions about whether the pair would be deported.

"There was no request from anyone. It [the arrest] is a result of their own doing," he said.

Zahid, however, said Kuala Lumpur would collaborate with the Turkish police and military intelligence with regards to the arrests.

The arrests came as part of the Asian country's efforts to bring anyone linked to the terrorist group, accused of orchestrating the 2016 coup attempt in Turkey, to justice. Following the putsch bid by infiltrators from FETÖ in the military, Ankara called on the international community to deport and extradite suspects linked to the terrorist group and shut down the activities of the group around the world.

FETÖ, headed by U.S.-based retired preacher Fetullah Gülen, is accused of multiple coup attempts, money laundering, illegal wiretapping, sham trials, fraud and several other charges. Gülen himself faces life imprisonment for his role in the crimes. Turkey says Gülen, who posed as leader of a religious charity, sought to seize power once he garnered enough followers. For decades, the terrorist group that disguised its members in critical posts, managed to infiltrate state institutions, from the military, bureaucracy, judiciary to state-run agencies.

Several Gülenists in Turkey, especially police officers linked to the group, are already accused of helping the PKK, a terrorist group active in Turkey. FETÖ's infiltrators in the law enforcement allegedly turned a blind eye to the PKK's activities in the country's volatile southeast, hoping that the strife would pave the way for the collapse of the ruling Justice and Development Party (AK Party). However, no clear links with Daesh and FETÖ militants are established yet, if any.

Turkey, which detained and arrested hundreds for links to FETÖ in the aftermath of the bloody putsch bid that killed 248 people, launched diplomatic efforts to terminate the terrorist group's activities around the world. Malaysia last year had detained three FETÖ suspects and extradited them to Turkey in October. The two suspects, Alattin Duman and Tamer Tıbık, were senior militants of the terrorist group. Duman is the Malaysia "imam" (point man) for FETÖ, according to Turkish authorities. The suspects have since been arrested on terror charges.

The country also shut down a FETÖ-run school following the July 15, 2016 coup attempt in Turkey. The terrorist group made its first foray into Malaysia about two decades ago. It opened a school attended by the children of the Malaysian elite. Critics of the group say that the group gained its clout in the country in a short period of time and established ties even with politicians in the country.

The Interpol liaison office of the Turkish police is spearheading the efforts to bring back FETÖ members from abroad and it has succeeded in securing the extradition of 16 suspects so far from Asian and Middle Eastern countries.

FETÖ has managed to spread across the world by its efforts to gain clout under the guise of a charity and established a global network of schools and companies on every continent, spanning from the far corners of Africa all the way to California in the United States.

Ankara vowed to bring all FETÖ suspects to justice in the aftermath of the coup attempt that laid bare just how desperate the terrorist group was to seize power in the face of a crackdown against it. Several soldiers linked to FETÖ, who were involved in the putsch, managed to flee abroad, while officers who worked in NATO missions abroad linked to the coup sought asylum in the countries they were posted to.