Questions linger on the murder of environmentalist couple in southwestern Turkey 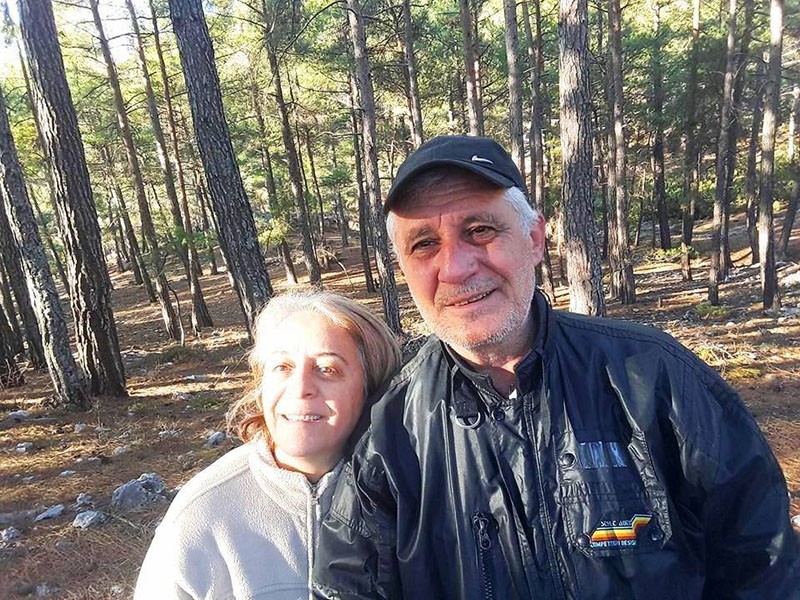 The murder of a man and woman who were well-known for their environmental battle in southwest Turkey, as well as for their consumer rights activism made the headlines in the country as questions linger over a number of possible suspects, despite a criminal investigation which currently point in several directions.

The couple, Aysin and Ali Ulvi Büyüknohutçu both 61-years-old, were found murdered in their countryside home in the Finike district of Antalya province Wednesday. Ali Ulvi was the chairman of a tenants' rights association and a consumer rights workgroup of the Antalya City Council. Once briefly serving as the former Antalya provincial chairman of the Democratic Left Party (DSP), Büyüknohutçu was best known for his activism and lawsuits against stone quarries in Finike and the rest of Antalya.

A 31-year-old man was detained as a suspect in the murder, who later confessed to killing the couple in his testimony before the gendarmerie. The man, identified by the initials A.Y., claimed that he came to the couple's home on Tuesday to ask for money for the treatment of his sick wife, but shot the couple with a hunting rifle after an ensuing argument.

Although A.Y. claimed that he did not have the intention to kill the couple, shotgun shell evidence indicated that the suspect first fired from outside the home, in line with his testimony.

Crime scene investigators discovered that both victims were killed as a result of close-range shots to head and chest.

A.Y. claimed he had dropped the rifle in a deep sinkhole located some two kilometers away from the crime scene. However, due to the high methane composition inside the sinkhole, units from the Prime Ministry Disaster and Emergency Management Authority (AFAD) were only be able to descend some 150 meters for retrieval of the murder weapon.

Local sources stated that the suspect had previously been suspected of breaking and entering in the area and he is addicted to drugs.

The lawyer also stated that the suspect and couple only encountered one another during a fire near the Büyüknohutçus house, which was likely to have been started by A.Y. The suspect helped Büyüknohutçu put it out and later asked for money in return. Büyüknohutçu was about to press charges as A.Y. returned to their home a couple of times to ask for more money, the lawyer said.

The lawyer argued that it would have been impossible for the suspect to locate the remote sinkhole, since most of the locals were unaware of its existence.

Meanwhile a group of environmentalists also arrived at the couple's home Thursday, and accused the local quarry industry of harassing the couple for a long time. A group statement said that one of the couple's neighbors' houses was recently set on fire, while the woods located near their house was also set on fire several days ago.

Authorities said that the investigation continues and that they are assessing every possible lead.