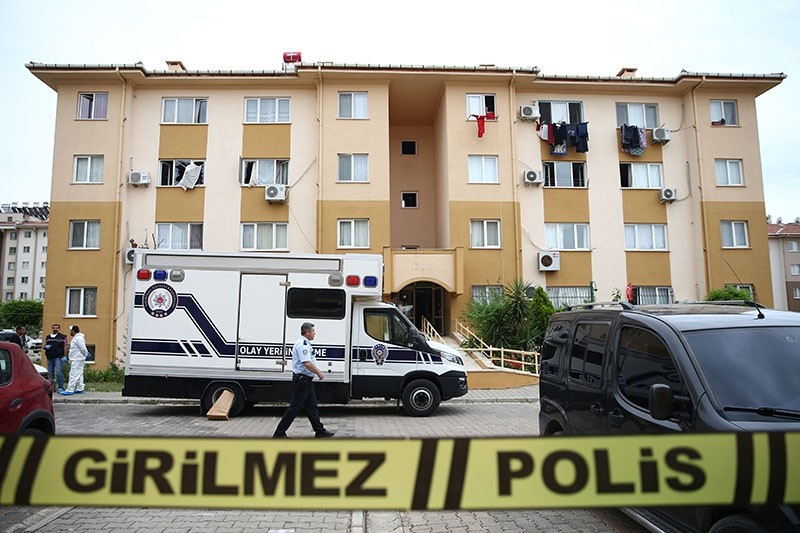 A crime of passion was revealed to be the reason behind a dynamite blast in southern Turkey, which killed two people and frightened local residents.

Locals reported hearing a blast in the early morning Wednesday from an apartment located on the third floor of a building in Antalya's Döşemealtı district.

It was initially feared that the incident was the result of terrorism, and numerous police units, including a counter-terrorism squad and ambulances were dispatched to the scene.

Police found Nurcan Demiröz, a 44-year-old woman and Mustafa Alper, a 49-year-old man at the scene after the blast, while Nalan C., another woman who was in the house and escaped the explosion unharmed, was taken to police station.

The police investigation soon brought details of the blast to light, revealing that the explosive used in the blast was dynamite. Police also discovered that Alper had worked in the mining sector for a significant portion of time, blasting rocks with dynamites.

In his testimony to the police, Nalan C. stated that she heard the couple having a lengthy argument before she overheard Alper say that he would kill both Demiröz and himself, followed by a blast.

A neighbor also told reporters that she had overheard an argument take place at around 5:00 a.m., but that she did not care as it happened frequently. She said that her apartment's door had broken as a result of the blast, and that she saw thick fumes inside the building, believing that it was a fire.

Another neighbor said that they wanted to check if there was anyone injured after the blast, but they saw detached limbs.

A statement from the Antalya Directorate of Security said initial findings indicated that Alper had arrived at Demiröz's flat around 5.30 a.m. and had wanted to break in, adding that the two were both killed in the blast. The statement stated that the deceased were involved in an emotional relationship and had an argument for an undetermined reason.

The statement added that Alper had criminal records for the sale of drugs and for facilitating prostitution, while Demiröz was working in entertainment. Neither of the deceased had links to terrorism.