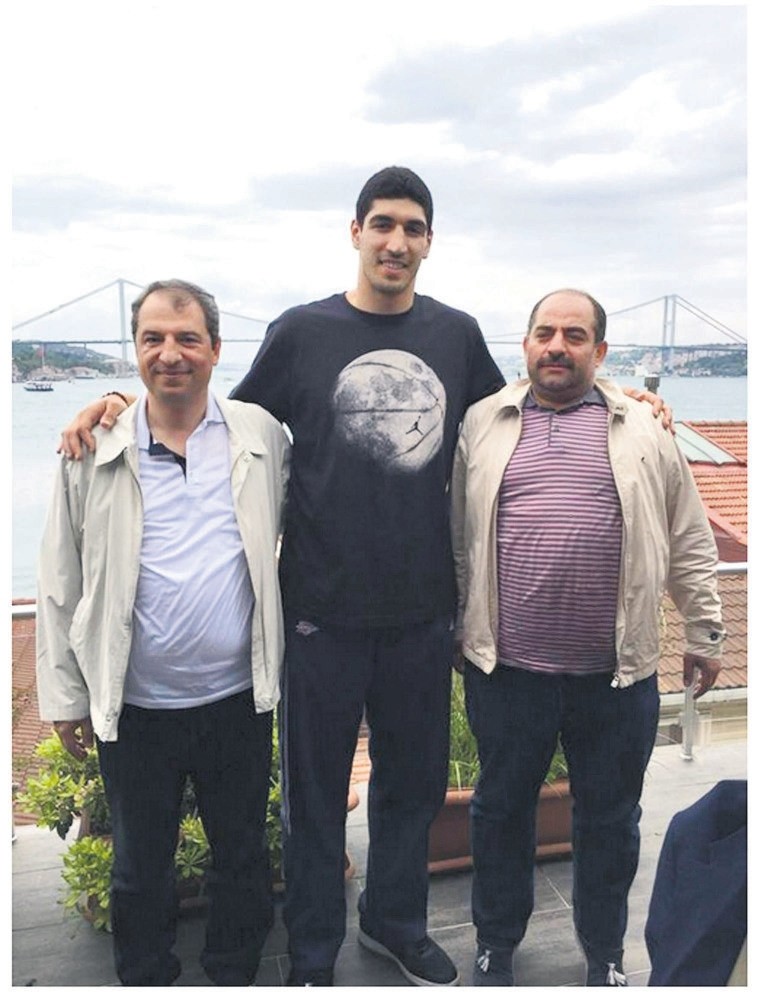 Enes Kanter is the talk of the town in Turkey but not for his stats with Oklahoma City Thunder. It is his private life that has made him a household name in the country as he is the only NBA or probably basketball star openly supporting a terrorist group. And now, Sabah newspaper reports that Turkish prosecutors have issued an arrest warrant for the self-styled "adopted" son of Fetullah Gülen, the U.S.-based leader of the Gülenist Terror Group (FETÖ) blamed for the July 15 coup attempt in Kanter's homeland Turkey.

An article by Nazif Karaman says Prosecutor Can Tuncay from the Istanbul Chief Prosecutor's Office asked a court to approve an arrest warrant for Kanter who debuted in the NBA in 2011. The court approved the request in the investigation of Kanter on charges of "being a member of a terrorist organization."

The prosecutor cites that Kanter has been a user of Bylock, an encrypted messaging app exclusively used for correspondence between FETÖ members. Kanter is already known for his tweets praising FETÖ and its leaders and after his father in Turkey disowned him, he published a bizarre letter heaping praise on Fetullah Gülen, signed with the name "Enes Gülen." He is accused of maintaining close contacts with FETÖ's senior figures and the group's other members. He has been summoned to testify in previous investigations but Kanter did not return to Turkey since FETÖ openly started a campaign to seize power in 2013.

The prosecutor's office also sought an international red notice from Interpol. Like the case with other FETÖ and terror suspects, Kanter's passport was canceled and this led to a rejection to his entry to Romania where he was on a promotional tour earlier this week.

Kanter had recently tweeted that he would sacrifice his mother, father and whole family for Gülen's sake. The 24-year-old Oklahoma City Thunder player has always been active on his official Twitter account, tweeting about political events in Turkey and siding with Gülenists whose weekly sermons he often tweets.

His father Mehmet Kanter announced that he had disowned his son for his ties to FETÖ last year. Saying that Enes was hypnotized by FETÖ, his father "apologized to the Turkish public for having such a son" in a letter made public after the July 15 coup attempt. The elder Kanter said he has not been able to communicate with Enes since 2015.