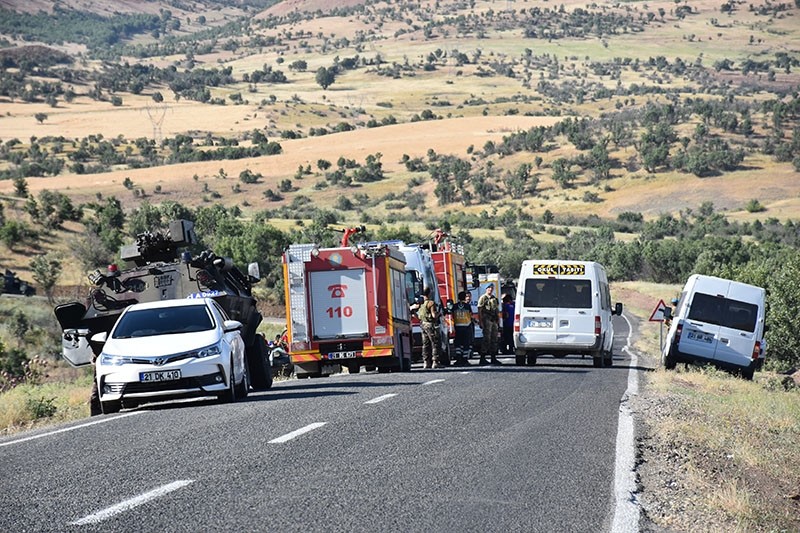 A police vehicle collided with a civilian vehicle in southeastern Diyarbakır province Tuesday, killing five civilians and wounding five others in the latest case of series of accidents involving security forces and civilians.

The accident, which took place in the Lice district of Diyarbakır, occurred when an armored police vehicle and a light commercial vehicle crashed into each other while coming from opposite directions.

Five policemen were wounded and five civilians were killed in the accident.

Ambulances transported the wounded to hospitals in the area for medical treatment.

The crash is the latest in a series of police accidents in Turkey's southeastern provinces.

An armored midibus crashed into a civilian minibus in Lice district Monday, killing two people and wounding 18, including four police officers. An investigation has been launched into the incident.

Again in Lice, 85-year-old Pakize Hazar died after being hit by an armored vehicle in a street closed to traffic.

The Diyarbakır Bar Association, making a statement Hazar's death, said that armored vehicles had killed at least seven people in the region since September 2016.

On May 9, a police officer was arrested for driving an armored vehicle into a house in Şırnak province's Silopi district on May 3, killing two children while they were asleep.