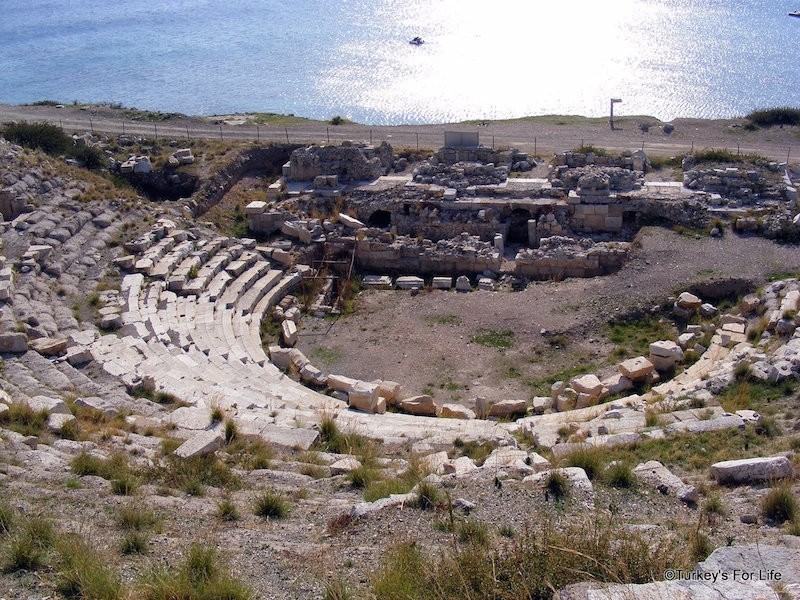 Three smugglers who stole artifacts from the ancient city of Knidos in Turkey's western Datça district have been caught red-handed by police.

The smugglers had excavated artifacts from the remains of Knidos, a Hellenistic city within the area known as Caria by the ancient Greeks.

Gendarmes acted on a tip-off, entering the smugglers' houses where they had hidden the artifacts with the intention of selling them on the black market.

The smugglers were detained by police for questioning but were then released without charge.

The historical artifacts that they had looted were given to the Marmaris Museums Directorate, where experts determined that they were 2,500 years old.

Following the operation, the local gendarmerie began a wide-ranging investigation into the looting and smuggling of historical artifacts in the district.

Knidos had an important place within the ancient Hellenistic world, donating a marble treasury building to the sanctuary of Apollo in Delphi. It was the first building in mainland Greece to have caryatid statues in place of columns.

Visitors to Knidos today can see remains of the city's two harbors, an amphitheater, a sanctuary of Dionysus, and a temple of Apollo.