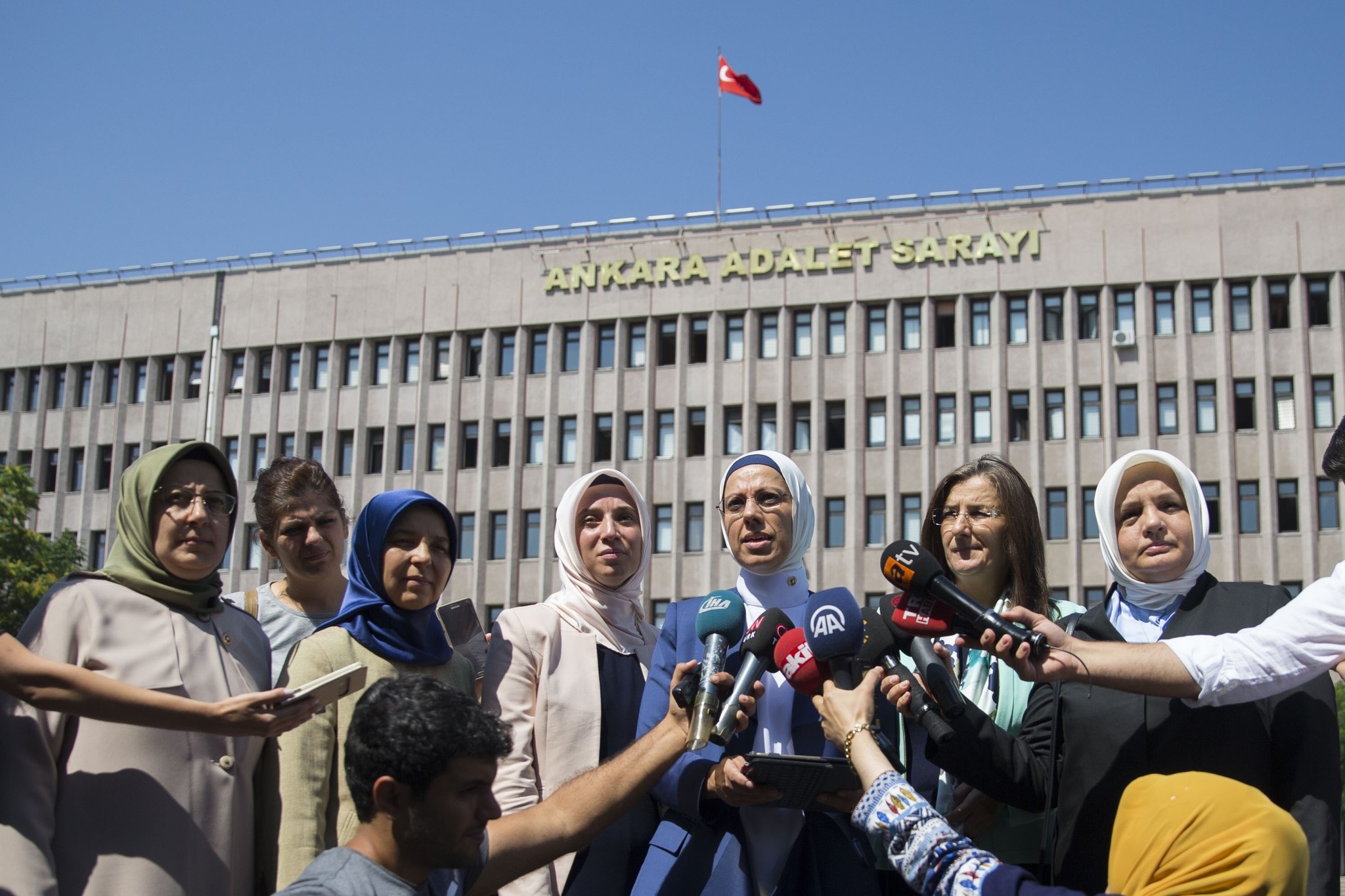 Women who have fall victim to anti-Islamic policies of putschists are keeping a close watch on the trial of 103 suspects accused of being behind the so-called "postmodern" coup of 1997, yet the final verdict remains elusive.

It was the first coup trial in Turkey that repeatedly saw military intervention to democracy in its brief history.

For Ravza Kavakçı, it is important to observe the trial "to not forget what coups did to the country."

Kavakçı, a lawmaker and the ruling Justice and Development Party's (AK Party) deputy president for human rights, was joined by other female lawmakers from her party at a press conference.

The defendants, mostly former soldiers who held high ranks during the 1997 coup, are being tried in the capital Ankara.

The 1997 coup, which is viewed as a blow to the conservative society by the secular elite, disrupted the lives of most of those women who now serve as lawmakers for the AK Party.

Özkal, for instance, had to quit her teaching job during the coup period.

Kavakçı herself is the sister of former lawmaker Merve Kavakçı, a symbolic figure for coup victims who was expelled from Parliament for wearing a headscarf during the days leading to the coup.

"We are here to watch the trial and provide support to the plaintiffs as the human rights department of the AK Party. [Former Deputy Prime Minister] Tansu Çiller testified today. We will learn more about the coup and will remember the tragic incidents of those days. Moreover, we will confront those who violated the rights of people during the coup process that derailed the lives of many families and young girls," she told reporters.

The coalition government, led by Necmettin Erbakan, had stepped down a few months after the army issued a stern ultimatum on Feb. 28, 1997, a culmination of a witch hunt against conservative Muslims by the army, judiciary and the media.

In the months leading to the process, females wearing headscarves were forced to drop out of schools after the enforcement of a little-known ban. Public sector employees, from low-ranking civil servants to career officers with a religious background and even those married to headscarf-wearing spouses, were subjected to blacklisting.

Many were forced to quit their jobs, while headscarf-wearing girls had to go abroad to study and those who could not afford it simply ended their education. Lawmakers who accompanied Kavakçı were among some of the women who were affected in similar situations.

"As women lawmakers, we will continue opposing any violation of human rights and national will," Kavakçı said.

"The Feb. 28 coup was unlike other coups. It is true that people were not handcuffed or tanks did not fire on people like the July 15 [2016] coup. Nevertheless, a democratically elected government was forced to resign by those trampling national will. We represent that nation's will now here. We will do what is necessary to prevent a repeat of that coup, to prevent such discrimination as members of a party that ended discrimination of people based on their choice of clothing," she said.

The 1997 coup stands out among several other coups in Turkey in terms of how it unfolded. Both before and after the coup, thousands of people were blacklisted, dismissed from their public duties and forced to drop out of schools simply for their adherence to the Islamic faith.

The impact of the coup is still resonant in the country, which, mere months ago, managed to quell another putsch bid thanks to an unprecedented public resistance against the putschists. Its victims had only recently managed to resume their lives prior to the coup period and some still struggle for justice for coup-related crimes.

The defendants in the trial, all of them former generals and military officers, were released on probation in previous hearings, but the coup victims have put their hopes on the investigations of civilian assistance to the coup.

President Recep Tayyip Erdoğan had assured critics of the trial that investigation into the coup will cover nongovernmental organizations, media and businesses which helped the coup leaders in their campaign against conservatives.

Speaking at yesterday's hearing in her capacity both as a witness and victim, former Deputy Prime Minister Tansu Çiller, who was the country's first female prime minister in the 1990s, talked about the impact of the coup and said they never accepted what the military tried to impose on the government.

"If only this coup did not happen," Çiller told the court in her first testimony since the coup trial started in 2013. "The Feb. 28 coup is a process starting with the formation of the REFAHYOL [True Path Party (DYP) and the Welfare Party (RP)] coalition government. It was a period of pressure and violence," she said. She said the army treated the coalition government differently than they did during her previous tenure as prime minister.

Speaking about the meetings she attended with Erbakan with and top military brass, Çiller recounted how generals derided Erbakan in those meetings, "disrespected" him and openly criticized his speeches and his private life. She said that Erbakan would "sweat" under pressure at times.

"You wouldn't hear something openly targeting him but you'd feel the hostile atmosphere [against Erbakan] at the meetings," she said.

Çiller also recounted what then-President Süleyman Demirel told her in the days before the coup.

A "reactionary threat" was a term often used by the secular elite in reference to conservative Muslims.

"'You have to be careful about what you do,' the president told me," she added.

Çiller said she was aware how the generals set up a committee to blacklist schools that were teaching Islam or any political organization linked to them "against anti-secular activities." "Still, I did not want to file a complaint and come here to testify because the army is loved by the country," Çiller said, attempting to justify her absence in the previous hearings.