Senior coup suspect captured in Antalya after year on run 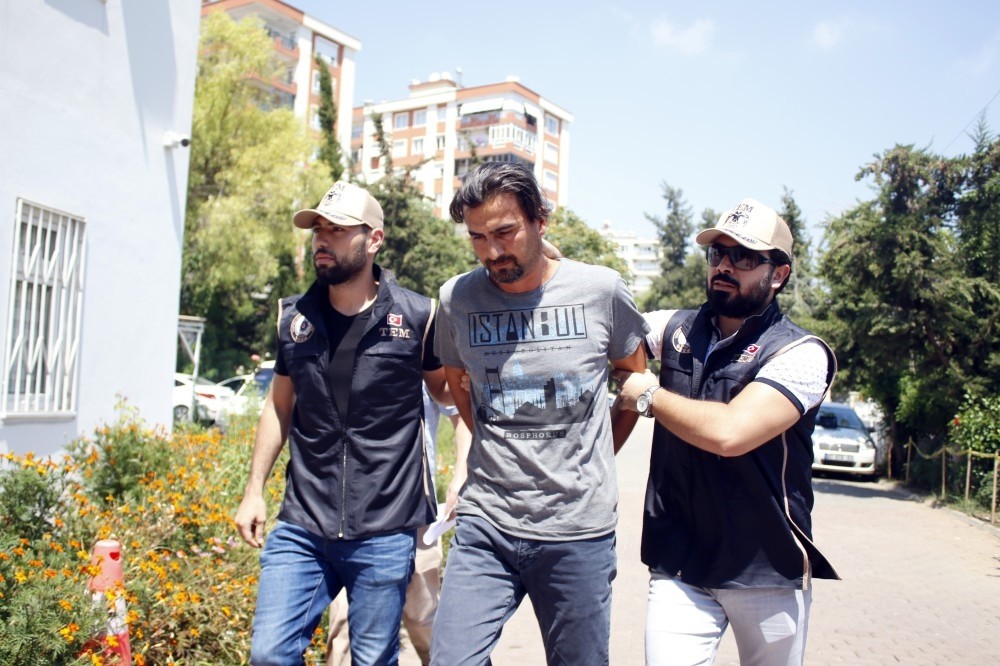 Turkish media reported that former Lt. Col. Özcan Karacan, a member of the Peace At Home Council that led last year's bloody coup attempt, was captured in the southern city of Antalya. Karacan had been on the run for 13 months after authorities issued an arrest warrant for him on charges of commanding the coup attempt. Karacan, a pilot who also served as commander of a helicopter battalion, is accused of instructing putschist helicopter pilots to launch strikes on several targets in Ankara during the July 15 coup attempt, which Ankara blames on members of the military who were part of the Gülenist Terror Group (FETÖ). He and other putschists had seized the operations center of the main helicopter division of the military to carry out attacks on anyone opposing the coup.

Acting upon his orders, putschists killed several in strikes on Parliament and other strategic locations. Doğan News Agency reported that police tracked him down to the Muratpaşa district of Antalya, a Mediterranean city that is also a popular vacation resort. Images of Karacan show he grew a beard to avoid detection and had a ponytail. He also had a fake ID and driver's license in his possession.

The police did not share details of where he was hiding while he was at large. Karacan will be transferred to Ankara where a trial on the coup attempt is being held on the activities of the putschist troops from the helicopter units. Excerpts from radio communication between helicopter pilots include Karacan ordering an airstrike on a police vehicle. "Shoot the Cobra [police vehicle] if you can. Send in someone else if you can't," Karacan appears to say in an intercepted radio communication on July 15 . Other intercepted conversations include Karacan ordering pilots to "fire at will." "Civilians, soldiers, police. All of them are our enemies," Karacan said over the radio while coordinating attacks on crowds of unarmed civilians gathered to confront the putschists in the capital.

More than 50,000 people were detained and arrested following the coup attempt that was staved off thanks to security forces loyal to the government and public resistance. However, a large number, mostly senior figures of FETÖ, are believed to have fled abroad immediately after the coup attempt or shortly before it happened. Some putschist officers managed to flee abroad in the early hours of July 16, when the coup attempt was largely quelled. For instance, eight officers commandeered a military helicopter and sought shelter in neighboring Greece, which has refused to extradite them. An officer involved in the assassination attempt of President Recep Tayyip Erdoğan is among the fugitives.