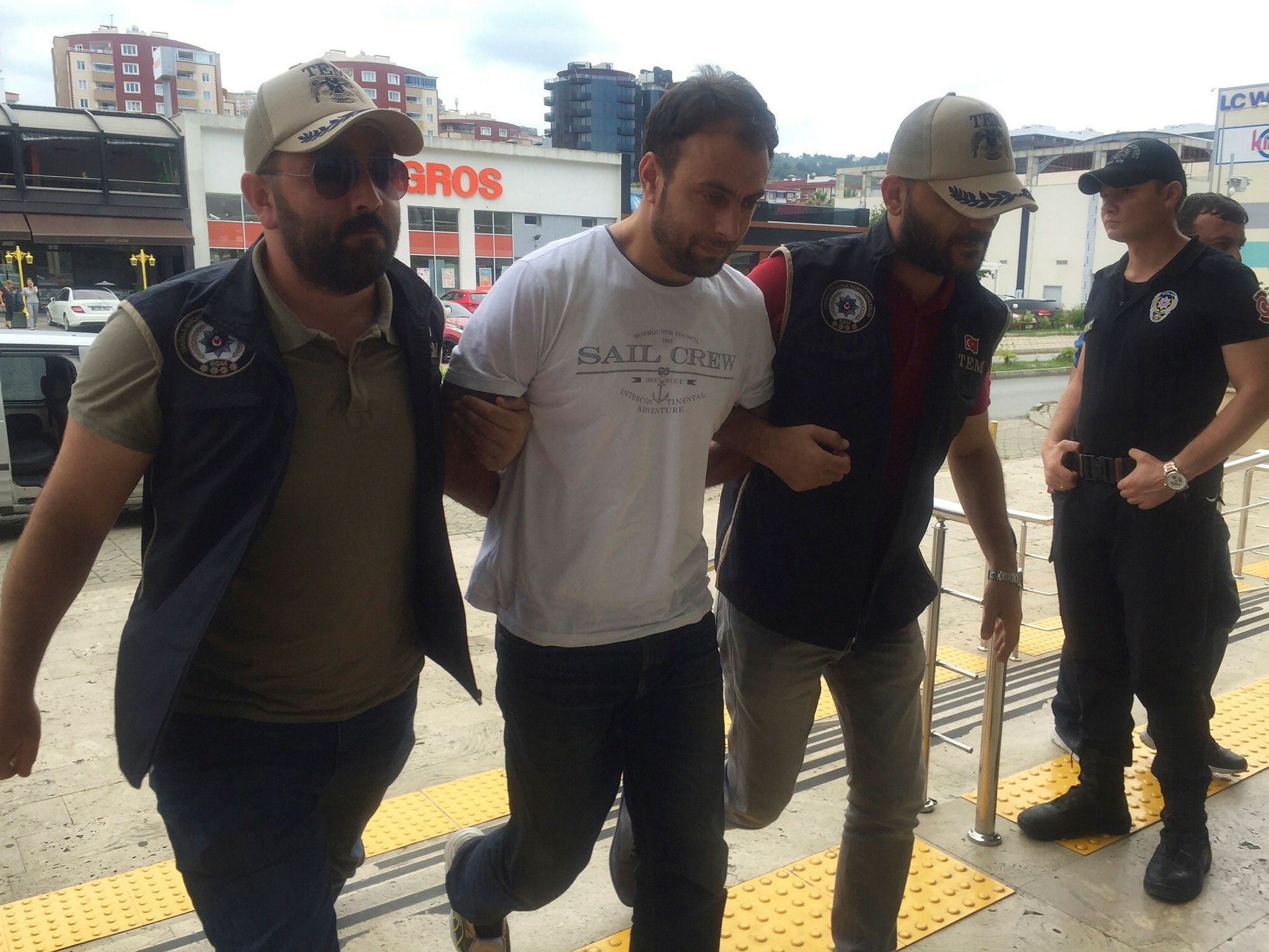 The gendarmerie commander of the Maçka district of Turkey's northern Trabzon province, which became an unusual target of PKK terrorists in August, was arrested Tuesday over to the Gülenist terror group (FETÖ).

Lieutenant Zabit Zengin was taken under custody on August 23 within the scope of a FETÖ probe in the western İzmir province. His arrest warrant was demanded by a court in İzmir, and anti-terror police detained him in Trabzon.

Maçka was shocked by an unusual terror attack on August 11, when PKK terrorists killed a child and a soldier.

The unusual terror attack raised questions, as PKK terrorists usually find no shelter in the country's Black Sea region. FETÖ and the PKK have been reported to collaborate many times in recent years.

Police found 14 FETÖ members in a hideout of two PKK suspects, detained as part of a terror probe in the western province of Manisa in February. The PKK terrorists were reportedly planning to help FETÖ members escape abroad. Meanwhile, a secret FETÖ informant in the southeastern Siirt province confessed that two PKK terrorists informed him of a coup attempt in Turkey that was due to take place before it happened.

The informant claimed that the two terrorists approached him on July 14, 2015, a day before the coup attempt, and told him that the president and the prime minister would be killed, and a coup attempt would be staged. A lieutenant arrested over his links to FETÖ, also revealed that the group helped him to enroll in a military school despite his links to the PKK. Batman Governor Ahmet Deniz told Anadolu Agency (AA) in August 2016 that there were some PKK radio recordings in which they called upon FETÖ terrorists and their own members to "embrace one another."