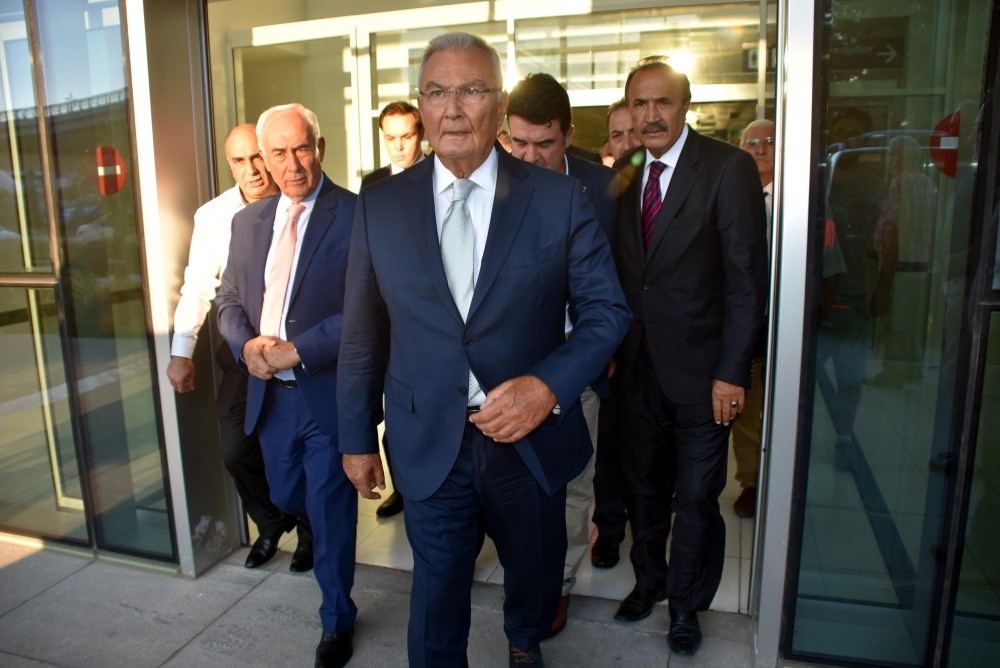 FETÖ-linked police officers hired a locksmith to break into the homes of top opposition officials in an attempt to reorganize Turkish politics. The testimony of the locksmith provides a glimpse into the actions of FETÖ within the judiciary

The locksmith hired by police officers linked to the Gülenist Terror Group (FETÖ) to break into the homes of top politicians has revealed the process by which the cult collected evidence against officials it perceived at threats or thought it could manipulate.

The locksmith, who turned over the state's evidence and is recorded in an indictment under the title of "sword," told the authorities that he had unlocked more than 20 homes. Prosecutors linked to FETÖ often used their authority to further the cult's objective. Some illegally ordered searches and wiretapping as well as other measures against innocent people such as collecting material that could be used for blackmail. Such orders would be approved by judges loyal to FETÖ and carried out by police officers working for the group.

The locksmith was hired multiple times between 2008 and 2013 to get into homes used by former Republican People's Party (CHP) Chairman Deniz Baykal and several former high ranking members of the Nationalist Movement Party (MHP) to install audio and video recording devices. The indictment prepared by the Ankara Prosecutor's Office charges 171 suspects, including the fugitive leader of FETÖ, Fetullah Gülen. He said he was hired by police officers from the intelligence bureau, listing the addresses of all the houses both in Istanbul and Ankara where he was asked to open or fix the lock. Of the suspects, 118 had ByLock, the encrypted communication application exclusively used by FETÖ members, installed on their phones.

In October 2009, the same locksmith was used to blackmail Feridun Pehlevan's Istanbul home. They made the exact replica of a plastic flower case in Pehlevan's bedroom and replaced the original one.

Warrants were issued by FETÖ-linked judges against MHP figures, who were registered as members of a terrorist group to legitimize their tapping. This method was used to tap Ahmet Deniz Bölükbaşı and Cihan Paçacı. Also followed with illegally produced warrants was Rtd. Gen. Hurşit Tolon, the former commander of the First Army.

FETÖ leader Fetullah Gülen, who now lives in exile in his compound in Pennsylvania, U.S., is the number one suspect in the indictment, charged with crimes that carry a total of 1,311 years in jail.

The indictment says the police officers from the Intelligence Bureau installed the bugs in Baykal and Nesrin Baytok's homes and the recordings from Baytok's home on April 30, 2010 were leaked on the internet.

Baykal, a veteran politician who intermittently chaired the CHP from 1992 to 2010, was forced to step down as the leader of the party. He was replaced by current CHP Chairman Kemal Kılıçdaroğlu, who is often accused by his opponents of siding with FETÖ.

The indictment claims the suspects first planted the bugs and video recorders in Baytok's house where she met Baykal in August 2008. They planted more devices in the house later, according to the prosecutors. Once they captured the sexual affair on tape, they gave the tapes to journalist Cevheri Güven, another suspect in the indictment. The footage was later sent to suspect Yener Dönmez, who was working at an online news portal at the time.

The tapes were used to expedite the resignation of Baykal and some MHP officials to allow FETÖ to restructure Turkish politics to their liking. The cult later focused on the ruling Justice and Development Party (AK Party), launching its illegal operations against senior government officials in December 2013. Prosecutors, judges and police officers doing the cult's bidding were directly implicated in the affair, described by many as a judicial coup attempt. The operation failed to topple the government, rather, resulting in comprehensive investigations into FETÖ presence in state institutions.

FETÖ, when confronted with the fact that almost all of its operatives within the state faced exposure, launched its military coup attempt last year on July 15, causing the deaths of 249 innocent people.

Gülen is known to keep close tabs on his operatives throughout his organization. The head of the intelligence bureau implicated in the illegal wiretappings, Ömer Altıparmak, had a letter from Gülen at his home where he was being praised for his actions.

The indictment also accused the suspects of creating a secret "shadow bureau," a real room at the Intelligence Bureau which very few could enter. From here did suspects Enes Çığçı, İlker Usta, Ahmet Yılmaz Ekiz and Sedat Zavar execute their illegal tapping of the offices of then Prime Minister Recep Tayyip Erdoğan. The indictment now awaits the court's approval.

Since the coup attempt, thousands of FETÖ members have been suspended or fired from state agencies, allowing investigations such as the illegal wiretapping of politicians to proceed without hindrance.