Suspects behind release of key coup figure appear in court 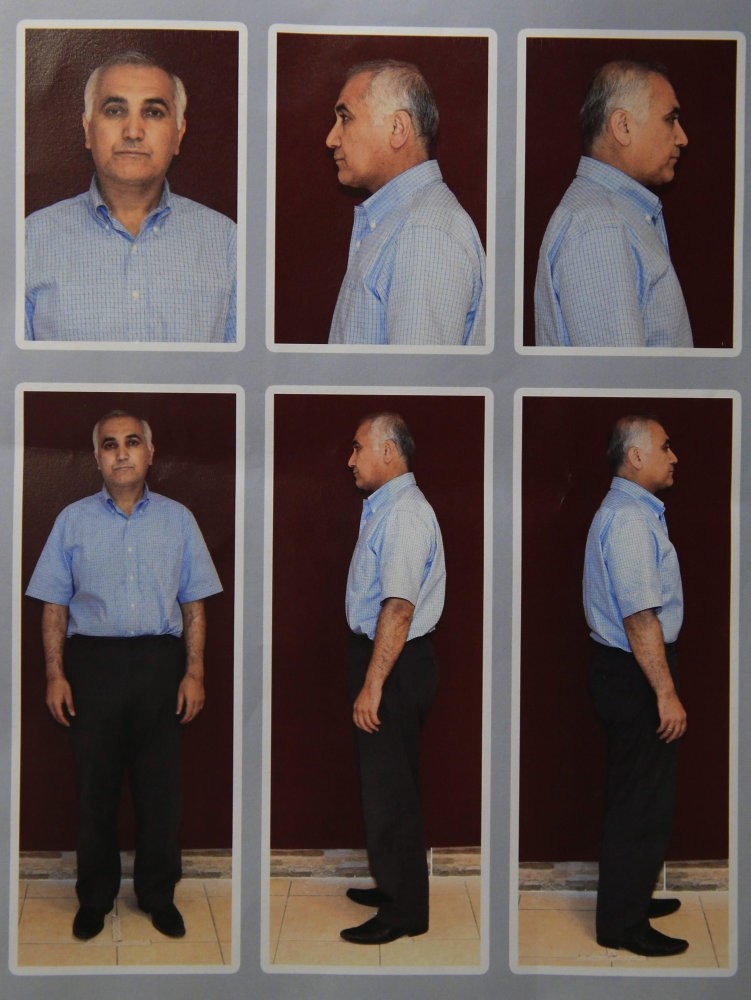 The first trial of 28 people involved in the controversial release of Adil Öksüz, an alleged FETÖ operative who masterminded last year's coup attempt, started in Ankara yesterday as Turkey probes the extent of the terrorist group's involvement

Adil Öksüz may be one of the country's most wanted men today, but few people knew who he was on July 15, 2016. A trial started in Ankara yesterday to shed light on Öksüz's actions. The government claims he was the mastermind of July 15 coup attempt that killed 249 people. Öksüz is charged with being a Gülenist Terror Group (FETÖ) operative, who, along with group's members in the military, allegedly planned the coup attempt, according to prosecutors. Now, 28 people are being tried foor releasing Öksüz few days after he was detained near a military base at the heart of the coup attempt. The defendants include 13 soldiers, 14 police officers and a former Prime Ministry adviser who visited Öksüz while he was in detention. The suspects were released pending trial.

The indictment of the defendants claims they directly or indirectly facilitated the release of Öksüz, who is believed to have fled abroad after his release on July 18. Some suspects are accused of delaying the delivery of documents regarding Öksüz to the court while others are accused of not examining Öksüz's possessions when he was detained. They face prison for a string of charges, including aiding a terrorist organization, abuse of duty, destroying evidence and aiding a suspect. Two defendants are accused of membership in a terrorist organization.

Zeki Çınkır, a noncommissioned gendarmerie officer, was the first to testify in yesterday's hearing. Çınkır was deployed at the gendarmerie station where Öksüz was brought after he was detained near Akıncı Air Base in Ankara.

Çınkır denied having links to FETÖ and claimed he did not deliberately help Öksüz. He said he did not know Öksüz before July 16, when the latter was brought to the station. He said another defendant in the trial asked him to meet Öksüz when he found Öksüz was from the same town as the gendarmerie officer. He said he handed over the suspect's belongings like he and others "did for 98 others." He blamed chaos at the station in the aftermath of the coup attempt as the reason why he did not ask any superiors whether to hand over Öksüz's cellphone and other belongings. He claimed he did not know the suspect's belongings constituted evidence. In multiple phone calls Öksüz made to him, Çınkır said the calls following the suspect's release were about handing over his bag he had forgotten at the detention center.

Ankara has placed Öksüz in the red category of the country's most-wanted terrorism suspects, offering a reward of up to TL 4 million ($1.1 million) for tips that lead to his capture. He is believed to have fled abroad, as nationwide searches have failed to locate him. Sometimes referred to as the FETÖ "black box," Öksüz reportedly was the terrorist group's leader in the Air Force. FETÖ members infiltrated the military over a long period.

Turkish media recently reported that Öksüz was spotted in Frankfurt and Ulm in Germany, while others claimed that the German state of Baden-Württemberg granted him a temporary residency permit.

Öksüz, originally a theology lecturer who worked at a university in the city of Sakarya near Istanbul, was among men dressed in civilian clothes who were captured near the air base in Ankara that used as a command center for the coup attempt.

He was released hours afterward in a controversial ruling that was apparently based on Öksüz's defense that he was near the base to look for a piece of land to buy.

Fetullah Gülen and Öksüz are being tried in absentia in coup cases that have led to the detention and arrest of hundreds of military officers with supposed links to FETÖ.

Gülen, a former imam who has been living in Pennsylvania since 1999, denies the charges. He and Öksüz face multiple life sentences for their suspected role in the coup attempt that came three years after FETÖ members in the judiciary and law enforcement tried two other unsuccessful coup attempts.

The indictment claims defendants were tasked with bringing 29 suspects found near Akıncı Air Base to the gendarmerie station after the coup attempt was quelled in the early hours of July 16.

According to the indictment, Serter Koçak, one of the defendants, questioned Öksüz and contacted police intelligence about him. A police intelligence officer told him Öksüz was "a secret imam" for FETÖ before Öksüz was brought before prosecutors and eventually judges who ordered his release, citing a lack of evidence. Koçak apparently talked to others about Öksüz's ties to FETÖ while the latter was in the gendarmerie station, according to the indictment.

Since the coup was suppressed due to strong public resistance, unprecedented in Turkish history, tens of thousands have been detained or arrested for suspected involvement in the coup attempt. The first trials started last December, and several high-ranking military officers have already been sentenced to life terms. At yesterday's hearings in Istanbul, six officers who led troops attempting to invade the headquarters of Türk Telekom, a major telecommunications company, on July 15, 2016, were sentenced to life in prison. The conscripts who told the court they were simply following orders when they went to the company's headquarters were released.

In a related development, the Istanbul Chief Public Prosecutor's Office issued detention warrants for 36 FETÖ suspects. The search to capture the suspects was underway when Daily Sabah went to print. Dozens were also detained in FETÖ operations across the country. Suspects wanted by Istanbul prosecutors are accused of using ByLock, an encrypted messaging app used by the terrorist group.

Anadolu Agency (AA) reported that the operations came after authorities deciphered suspects' correspondence. According to a recent decision by the Supreme Court of Appeals, the existence of ByLock on one's phone can be used as the sole piece of evidence to prove someone's links to FETÖ. Authorities have deciphered thousands of messages sent before the coup attempt over ByLock and thousands have been detained for using the app. Gülen apparently sent instructions to his followers around the world through the app, according to deciphered correspondence.