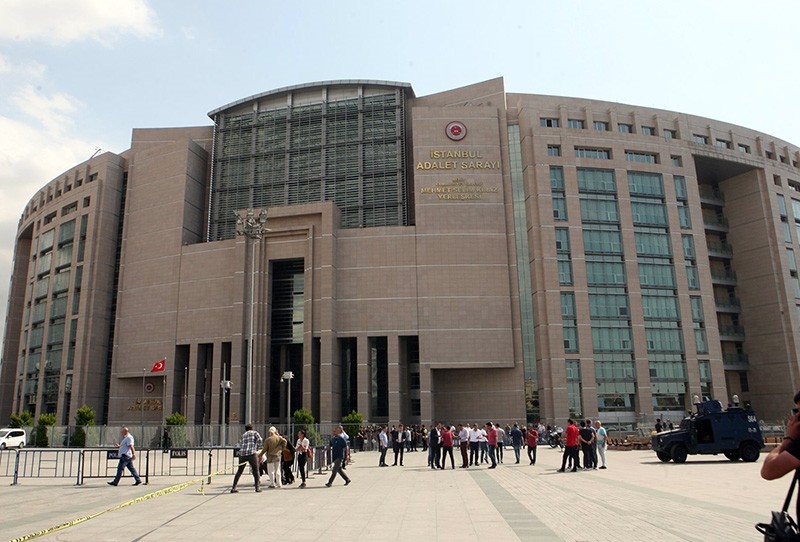 A U.S. Consulate General staff who allegedly kept in touch with Gülenist Terror Group (FETÖ)-linked suspects, including former prosecutor Zekeriya Öz was detained Saturday and arrested by the court Wednesday as part of an Istanbul-based investigation, reports said.

Meanwhile, the U.S. Embassy in Ankara said Thursday that it was "deeply disturbed" by the arrest of the consulate staff, claiming that the charges against him were "baseless."

"The United States government is deeply disturbed by the arrest of a locally-employed staff member," the embassy said in a statement, adding that the allegations are "wholly without merit."

Statement from the U.S. Mission to Turkey (Re-posting with corrected date) pic.twitter.com/eL5X9P3a4S

M.T. was detained for espionage and destruction of the constitutional order, as part of the FETÖ probe and had phone calls with Öz on a regular basis, reports said.

Ministry of Foreign Affairs said late Thursday that M.T. was not an officially registered employee at the U.S. consulate and had no diplomatic or consular immunity.

Zekeriya Öz, who is believed to be in Europe after he fled Turkey, faces life terms.

He is one of three men with suspected links to the FETÖ over allegations that they sought to overthrow the government by conducting an anti-corruption probe based on false evidence to imprison those close to the government. The anti-graft probe was followed by two operations by Gülenist police officers in December 2013, which have found the FETÖ's broad clout in the country. The sons of cabinet ministers and prominent business figures were rounded up in operations that sought to link the ministers to corruption. The government calls the operations a Gülenist coup attempt. Öz is accused of leading the team of three prosecutors in the disguised coup attempt.

Öz and others are accused of receiving instructions from the FETÖ and its followers to conduct the December 2013 operations.