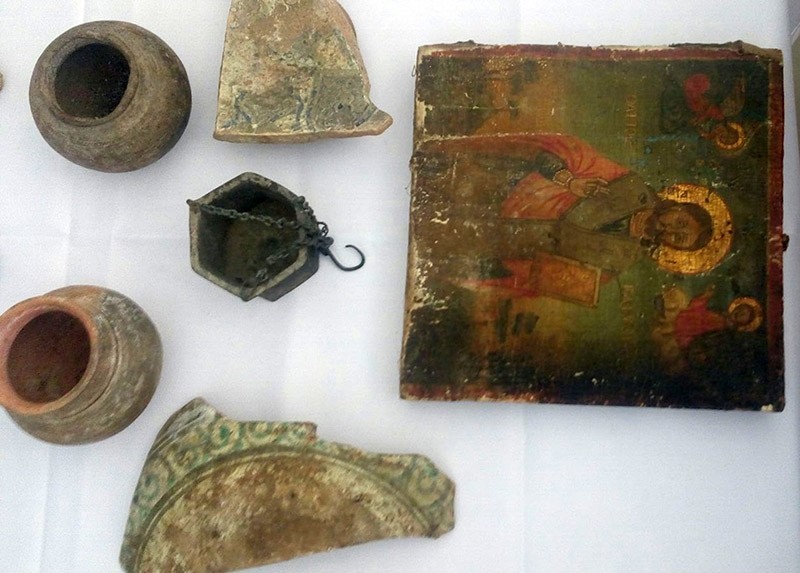 Police units seized a total of 28 historical artifacts and detained two suspects during an anti-smuggling operation in Istanbul's Beyoğlu district.

The operation targeted an antique shop in Çukurcuma neighborhood and was launched last week after police units from the Department of Anti-Smuggling and Organized Crime received a tipoff.

Shop owner Ö.G. and employee I.A. were detained over smuggling charges, while the seized historical artifacts were referred to the Istanbul Archeological Museum for further examination.

The museum directorate immediately placed the pieces under protection.

Among the seized artifacts were two pots dating back to 2000 B.C.; a sword and bronze medical equipment from the Islamic era; rings, censers and stone objects dating back to the Byzantine era; 14 coins from the Ancient Greek, Roman and Seljukian eras; and some icons of Christ used in churches and basilicas during the Middle Age.