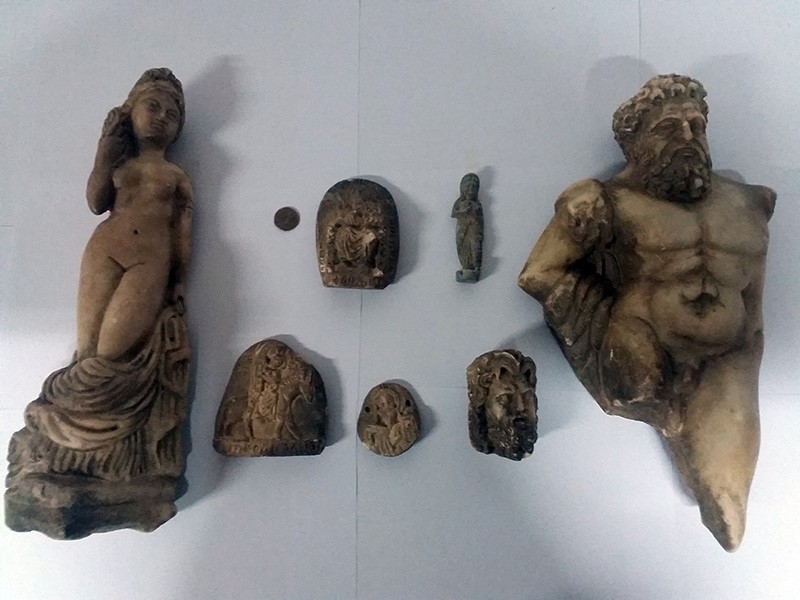 Meanwhile another anti-smuggling operation was carried out in the town of Vezirhan, during which an Aphrodite sculpture, five plates and silver coins dating back to the Roman era were seized, while three suspects were detained.

All the detained suspects were referred to nearby gendarmerie stations, while the confiscated historical artifacts were handed over to the Museum Directorate in Bilecik for further examination.