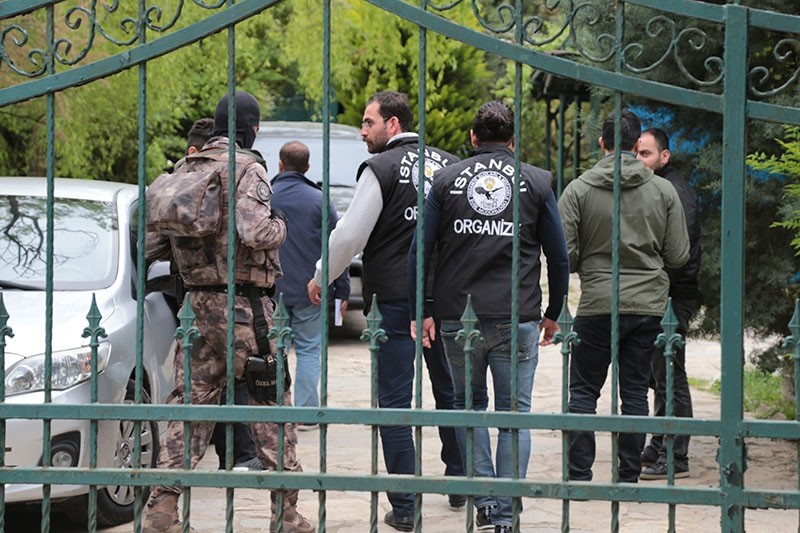 Police in Turkey's largest city arrested two suspects sought with an Interpol warrant, accused of forgery and human smuggling, in an operation carried out upon a tipoff from Canadian authorities, reports said Friday.

Posing as a shipment company worker, police in Istanbul's Fatih district called the suspects trying to send a package containing fake passports and told them to visit the branch office to complete a missing signature in order to send the package.

The two suspects, identified as Iranian nationals Mehdi G. and Reza Lame were detained as soon as they arrived at the office, reports said.

The arrests follow a probe by Canadian police, who discovered that some immigration applicants were using forged documents, including passports and permanent residency cards. Upon investigating the issue, they found out that the forged documents arrived from Istanbul and informed Turkey's Foreign Ministry regarding the matter.

In response, Turkish officials immediately informed Istanbul police regarding the issue, which launched an investigation to catch the suspects.

The investigation revealed that the suspects were trying to send a fake passport prepared for a Spanish national named "Marco Jimenez Logo" and police found three other Spanish passports on the suspects.

The Iranian national reportedly sought $7,000 for a fake passport.