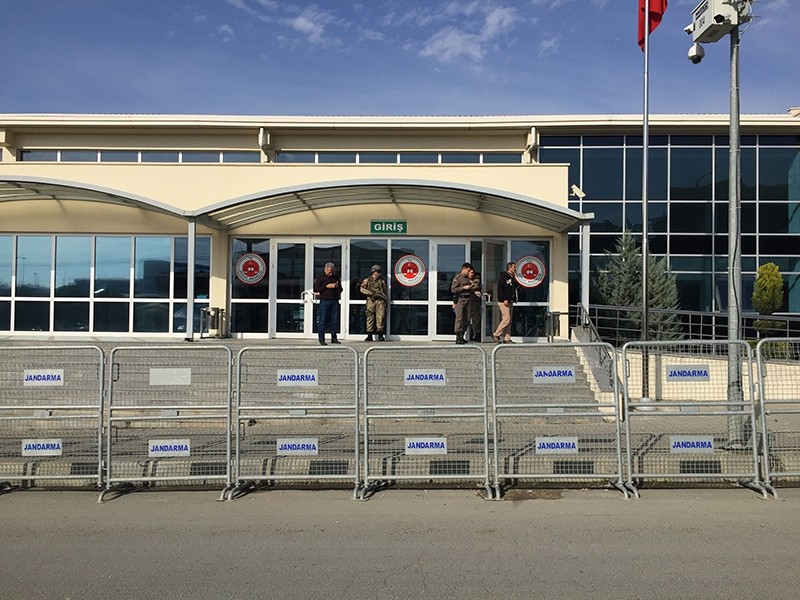 Forty-six suspects — one third of them Russian nationals — went on trial Monday in connection with last year's triple suicide bombing of Istanbul's Atatürk Airport, an attack that killed 45 people.

They are accused of "attempting to destroy the constitutional order" and "murder," Anadolu Agency reported.

They are also charged with "membership of an armed terror group" and "forming and running a terror group," said the indictment. The grave offenses mean a potential record jail term — up to 3,342 years — if convicted.

42 of the accused, who had been under arrest, appeared in 13th Heavy Penal Court at Silivri, outside Istanbul, in a hearing due to last four days. The other four suspects remain at large.

Sixteen of the accused are Russian nationals and the others are Chechen, Tunisian, Egyptian, Algerian, Syrian and Turkish.

Those killed in the suicide bombings at Atatürk Airport on June 28, 2016, included 19 foreigners and it was one of the worst attacks to rock Turkey's biggest city that year.

No group has claimed responsibility for the attack but Turkey says Daesh terrorist group was behind the airport blasts. The court indictment also said Daesh "targeted the Turkish Republic."

Two of the three assailants in the massacre were identified as Rakim Bulgarov and Vadim Osmanov, according to court papers which did not identify the third attacker.

They are believed to be from Russia, Uzbekistan and Kyrgyzstan, and entered Turkey from Syria's Raqqa, Daesh's then de-facto capital, a month before the airport atrocities.

Turkish media had previously identified the man who organized the attack as Akhmed Chatayev, the Chechen leader of an Daesh cell in Istanbul who reportedly found accommodation for the bombers.

The attackers had scouted the airport three times, on June 3, 8 and 23, according to the indictment.

Turkey's counter-terror efforts against Daesh have made the country a primary target for the terrorist group, which has carried out numerous shootings and bomb attacks targeting security forces and civilians, including the country's deadliest terrorist attack on October 10, 2015 in Ankara, where 102 people were killed and 400 others wounded in a twin suicide bombing at a peace rally being held in the capital.