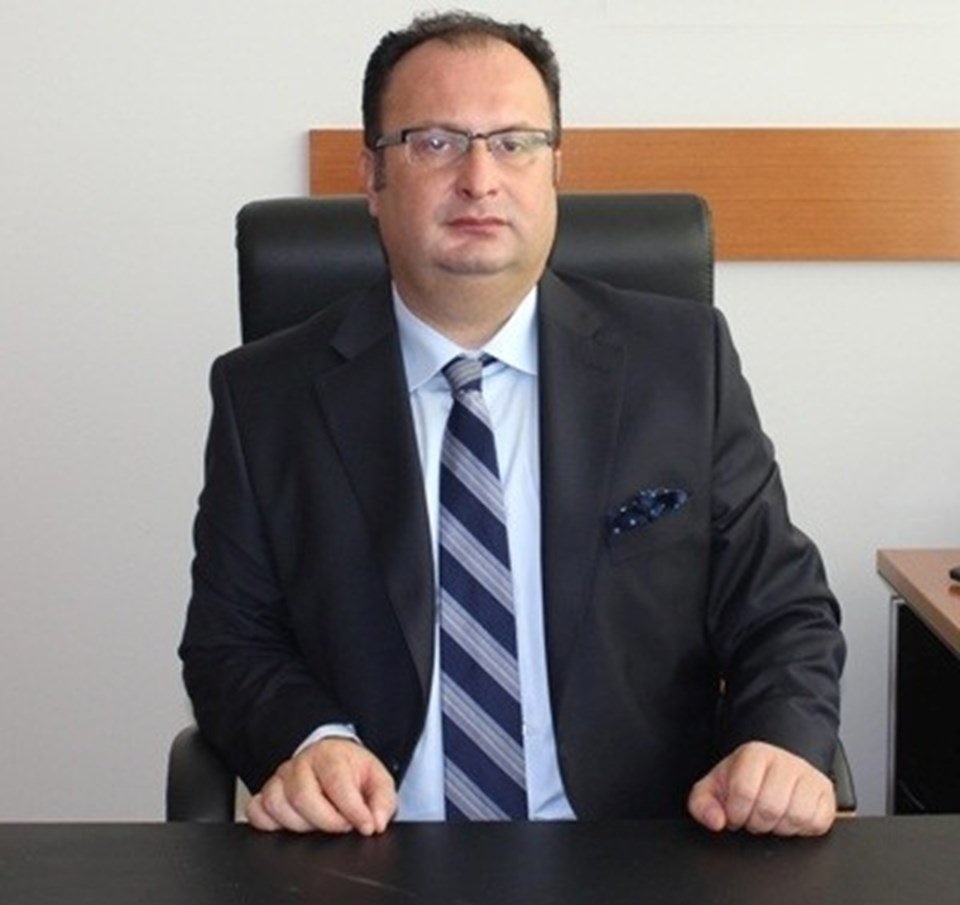 Former prosecutor Cihan Kansu0131z made his name through the now notorious Ergenekon trials where he prosecuted many senior officials, including a former chief of general staff, who were later found to be innocent.
by Anadolu Agency
Nov 13, 2017 12:00 am

Having fled to Belgium in early 2016, the correspondence of a former prosecutor with FETÖ links via Bylock show him at ease in his new environment with no intention to return to face charges

One of his most high-profile arrests was retired Chief of General Staff Gen. İlker Başbuğ, who was sentenced to life and spent Jan. 6, 2012 to March 7, 2014 locked up before all charges were dismissed. He was also involved in the prosecution of journalists Ahmet Şık and Nedim Şener, who were known for their criticism of FETÖ.

Kansız was later demoted and then suspended in 2015 for allowing illegal wiretapping of people seen as FETÖ's enemies. He fled to Belgium on Nov. 3, 2015, two days before a court banned him from traveling abroad.

ByLock was first heard of publicly after last year's bloody coup attempt. The messaging app was exclusively used by FETÖ long before the putsch bid blamed on its infiltrators in the army was held, investigators say. Teams of IT experts now work to decipher 1 million messages between members of the terrorist group.

They managed to decode 18 million messages so far. However, the remaining messages reportedly contain "critical" orders or instructions to the group's followers by FETÖ's senior figures.

ByLock was discovered during criminal inquiries into the terrorist group whose criminal activities have been under the spotlight since two coup attempts in 2013.

The National Intelligence Organization (MİT) uncovered the messaging app apparently programmed – or modified for exclusive use of the group's members – by someone linked to FETÖ.

According to recent media reports, police intelligence staff linked to the terrorist group were behind the app. The FETÖ-linked staffs working in a powerful intelligence department of the Turkish National Police were the "architects" of the app, or rather its modifiers to serve the purposes of the group.

A group of intelligence officers are accused of controlling the private app used to deliver FETÖ leader Fetullah Gülen's messages to his followers, as well as to instruct the group's members on how to carry out plots against anti-Gülenists.Investigations show that 95 out of the first 100 people who downloaded and installed the app were personnel of police intelligence and the other five people were employees of the Scientific and Technological Research Council of Turkey (TÜBİTAK). TÜBİTAK was the target of mass infiltration by Gülenists in the past, and it is believed that the original developers of the application are linked to this state-run institution.

The servers of the app, which were deployed in Lithuania, have been brought to Turkey where intelligence teams are working to decode its content.

Authorities have so far detected some 102,000 people who downloaded the app and used it for correspondence over the group's activities. Prosecutors launched investigations and thousands, ranging from shopkeepers to high-ranking generals and bureaucrats, housewives and prominent businesspeople, were detained for exchanging messages via ByLock for acts of terror.

According to reports, Kansız, whose ByLock nickname was Alpo3453, received 375 messages and sent 358 messages via the application. He accessed the app 326 times, and among his friends were former judges Mehmet Karababa, Kazım Kahyaoğlu and Sedat Sami Haşıloğlu and former prosecutor Fikret Seçen.

Karababa was registered as "Kutay Bey" by Kansız. Soon after fleeing to Belgium he corresponded with someone registered as "Yiğit Avrupa" (Courageous Europe). Kansız said authorities believed he lived in Paris, Switzerland and the Netherlands but he had actually fled to Belgium.

In January 2016, he told Karababa that he was trying to get his family to join him.

"Don't tell anyone but if you also came, it would be great. We will rent out a full floor of a hotel in a nice neighborhood," he said in a ByLock message to which Karababa responded, "Laying low at home in stress is torture."

Kansız also said some FETÖ fugitives wanted to go back home but he had no intention of doing the same. Another message received by Kansız instructed the former judge to download a program that factory reset his phone if the wrong password is entered four times.