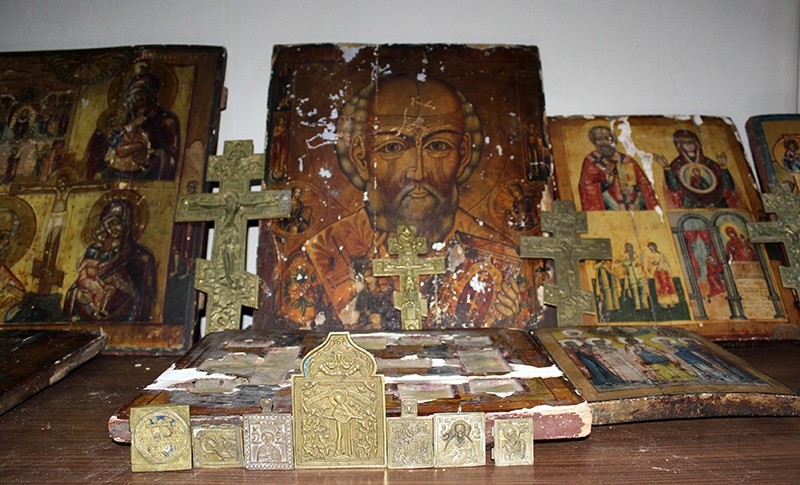 Numerous historical artifacts dating back to the Byzantine era and believed to have been stolen from an Orthodox church in northern Turkey's Trabzon province were confiscated Tuesday during an anti-smuggling operation in the southeastern province of Adıyaman.

Anti-smuggling and organized crimes units in Adıyaman launched the operation after receiving information that suspect I.Ö. was looking for possible clients to illegally sell the stolen objects.

A total of nine casements in different sizes, featuring pictures of priests and Mother Mary, four metal crucifixes used during religious ceremonies and eight different metal icons were seized during the operation.

Suspect I.Ö. was also detained in the operation, while the historical artifacts were handed over to the Adıyaman Museum Directorate for further examination.