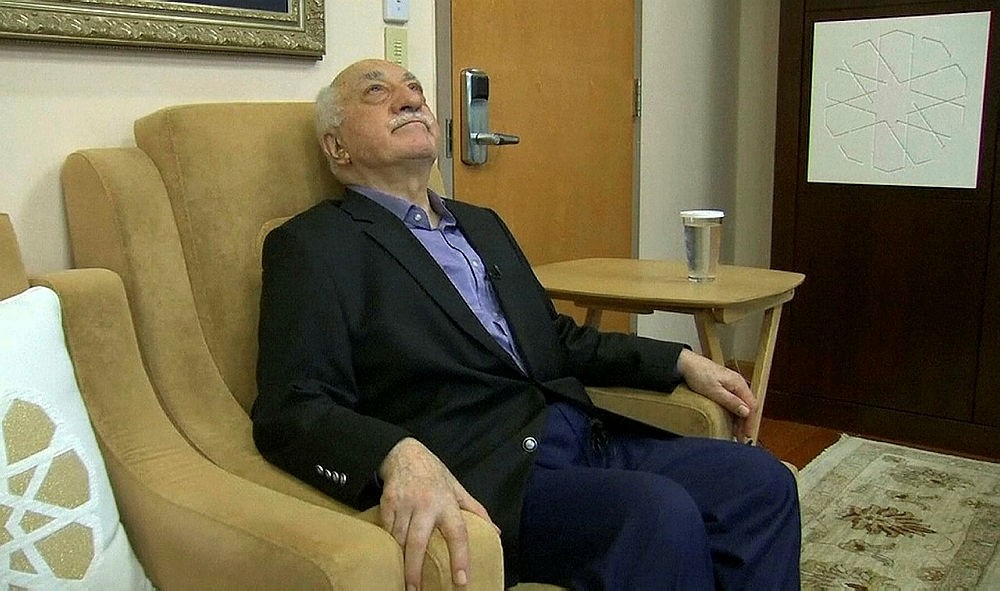 In the latest crackdown against the masterminds of last year's coup attempt, police rounded up dozens of suspects while courts handed down prison sentences to members of the Gülenist Terror Group

Dozens of suspects were detained on Friday in the latest round of police operations against the Gülenist Terror Group (FETÖ), which is blamed for the July 15, 2016 coup attempt.

Courts across the country also handed down prison sentences to defendants convicted of being members of the terrorist group. At least 14 people including former Prime Ministry employees were arrested in the capital Ankara for their alleged links to the terrorist group. The arrests came after warrants were issued for 20 suspects, including three justice ministry employees, according to a statement issued by the Ankara Chief Public Prosecutor's Office.

The other 17 suspects are former Prime Ministry employees, the statement said.

Separately, dozens of suspects were arrested across Turkey after the Istanbul Public Prosecutor's Office issued warrants for 56 suspects, who are accused of using the ByLock mobile messaging app.

ByLock is used for communication between members of the terrorist group exclusively, according to investigators.

The Mersin Public Prosecutor's Office also issued arrest warrants for 32 on-duty soldiers including commissioned officers and specialized sergeants, as part of a probe into FETÖ's structure in the Turkish Armed Forces.

The terrorist group, which posed as the religious "Hizmet" (Service) Movement for decades, moved to seize power in multiple coup attempts over the past four years when the government moved to curb its widespread clout in Turkey.

Since then, a string of investigations disclosed that Gülenists were involved in a wide array of crimes, from money laundering to orchestrating sham trials to imprisoning critics and conspiring against anyone opposing FETÖ.

FETÖ is accused of planting its members in the police, judiciary, army, and bureaucracy.

Disguising their ties to the group, followers managed to rise to the top ranks. They became generals in the army and senior police chiefs.

Through "imams," FETÖ monitored the infiltrators and gave them orders. These so-called imams are often unassuming figures, such as shopkeepers in small towns or teachers, but they held immense power within the group, commanding police chiefs, generals and high-ranking bureaucrats.

Thousands have been detained or arrested in a post-coup crackdown against FETÖ while thousands of others were dismissed from their public sector jobs.

Coup trials are ongoing across Turkey and several military officers were sentenced to life for their roles in the insurrection bid.

Courts handed down prison terms on Friday to FETÖ suspects in trials across the country. In the eastern city of Elazığ, four ex-police officers, who were dismissed after the coup attempt last year, were sentenced to six years each for being members of a terrorist group.

In the northern city of Samsun, Seyid Uçar, a former prosecutor linked to the group, was also sentenced to six years in prison, but the court ruled for his release because of the time he spent in pre-trial detention.

Turhan Turunç, another former prosecutor who was on trial in Istanbul for being a member of a terrorist group, was granted a reduction in his original sentence of 10 years, six months in prison as he invoked the "remorse law."

Turunç's sentence was reduced to two years and two months in prison.

Speaking at the hearing, the defendant said he was "truly sorry for siding with FETÖ." The former prosecutor said he originally joined FETÖ because he thought it was "a religious group," but he said he severed ties after realizing after the coup attempt that it was a terrorist group.

In the southeastern city of Gaziantep, Mehmet Tekatlı, a suspect who was accused of being a member of FETÖ, was sentenced to six years and three months in prison.

Tekatlı was found guilty of spreading the terrorist group's propaganda by organizing meetings with fellow members. He tried to deny the charges despite overwhelming evidence that indicated he was a ByLock user and frequently held meetings with FETÖ-linked police officers.