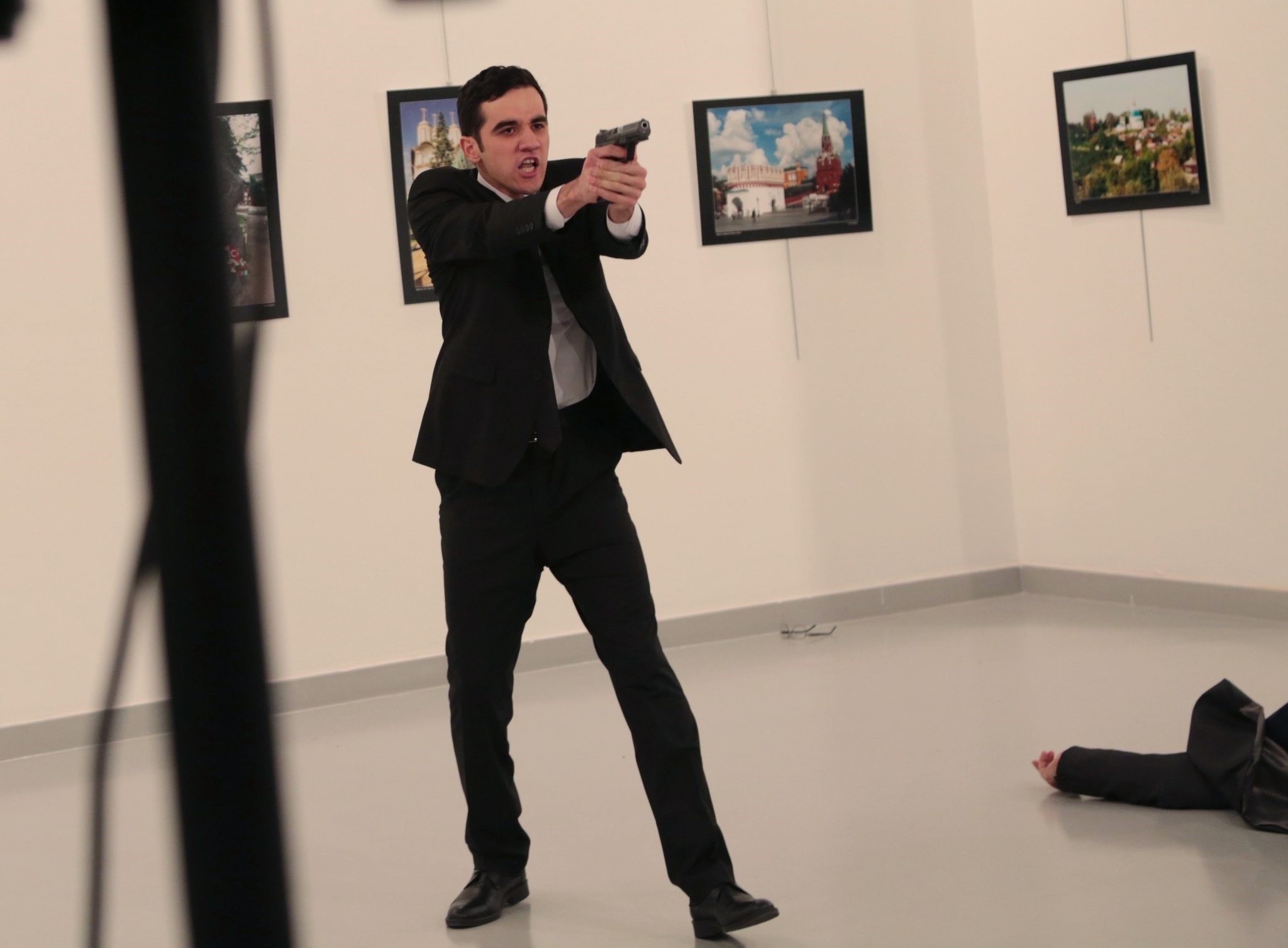 According to the statement, the prosecution had managed to recover all information from Altıntaş's phone as part of the ongoing investigation conducted jointly with Russia.

Ankara Public Prosecutor Adem Akıncı, who has been carrying out the Turkish part of the investigation, previously identified that 22-year-old Altıntaş was a police officer linked to FETÖ. The suspect was also found to be a user of ByLock, an encrypted messaging app used by members of the secretive group.

The revelations came on the the first anniversary of Karlov's death.

Earlier in the day, a delegation of Russian officials visited Ankara to get the latest developments in Karlov's murder. The delegation of a prosecutor, a security attaché and forensic experts met with officials from the Turkish National Police and the prosecutor's office.

After Karlov's assassination on Dec. 19, 2016, a concurrent investigation was initiated by Turkey and Russia to find out the motives behind it. Altıntaş's hard disk was examined, first by Turkish authorities and then by the Russian delegation, who took it to Russia, explaining that they wanted to study the disk using alternative methods, which eventually recovered deleted files.

The Russian delegation found that two files with the words "Fetullah Gülen" present, 690 files with "Hizmet," a term that means "service" and which FETÖ calls itself, four files with "FETÖ", and one file with "Nur Community" were deleted from Altıntaş's computer. They also searched for the words "al-Qaida", "al-Nusra" and "Daesh" in the deleted files, but none were found with these words, the Hürriyet daily reported.

Karlov was speaking at the opening of a Russian-themed exhibition in an Ankara art gallery when he was shot dead by Altıntaş, who was killed in the ensuing shootout with police in November 2016. The assassination was at a time of thaw between strained Turkish and Russian relations and investigation found out that Altıntaş was a member of FETÖ, which is blamed for last year's coup attempt in Turkey.

Since the murder, Ankara and Moscow gradually made progress in rebuilding their ties that were derailed by the 2015 downing of a Russian fighter jet over the Syrian border by the Turkish military.