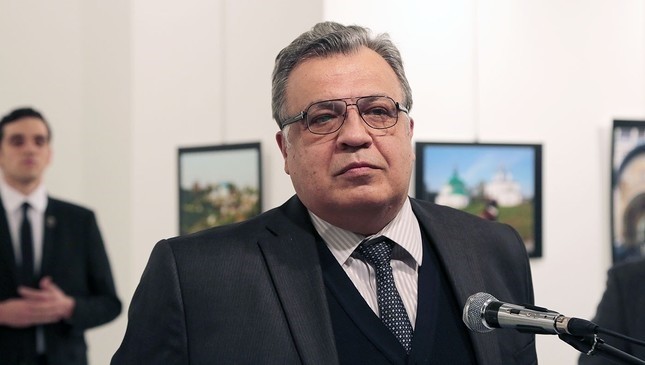 A former employee of Information and Communication Technologies Authority (BTK) was arrested late Friday over the assassination of former Russian envoy Andrey Karlov.

Another suspect already jailed for membership in the Gülenist Terror Group (FETÖ) was re-arrested the day before for involvement in the murder of Andrei Karlov, the slain Russian Ambassador in Ankara.

Karlov was assassinated in November 2016 by Mevlüt Mert Altıntaş, an off-duty police officer with links to the ubiquitous terrorist group which also perpetrated the July 15 coup attempt two years ago.

Karlov was speaking at the opening of a Russian-themed exhibition in an art gallery in Çankaya, Ankara when he was shot dead by Altıntaş, who was killed in a subsequent shootout with police inside the gallery.

The assassination took place at a time when strained Turkish and Russian relations were being restored and an investigation found that Altıntaş was linked to FETÖ, which tried to portray the murder as the work of an extremist group.

Since the murder, Ankara and Moscow have gradually made progress in rebuilding ties that were derailed by the 2015 downing of a Russian fighter jet over the Syrian border by the Turkish military.

Prosecutors say Altıntaş personally knew Fetullah Gülen, the U.S.-based leader of the terrorist group. Five people, including three police officers, were arrested in the probe in the killing of Karlov.