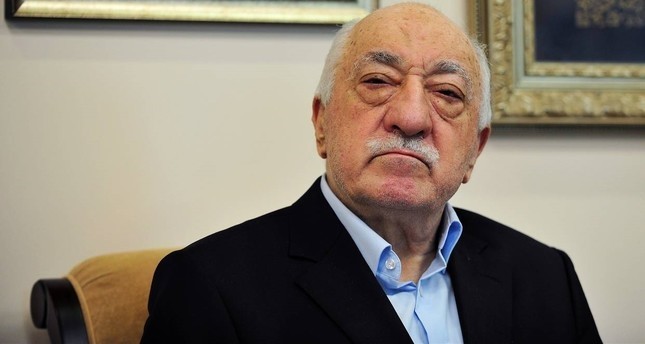 Fetullah Gu00fclen, seen here in the Pennsylvania, U.S. house where he lives, is the leader of FETu00d6. He faces multiple life sentences for a string of crimes, including the 2016 coup attempt.
by Daily Sabah Mar 10, 2018 12:00 am

In Friday's operations against Gülenist Terror Group (FETÖ), police captured dozens among more than 240 people ordered to be detained by prosecutors. Meanwhile, in Istanbul, chief prosecutor's office sought life sentence for 14 members of riot police for aiding putschist soldiers during July 15, 2016 coup attempt's Istanbul leg. The coup attempt is blamed on infiltrators of the terrorist group in the military and since it was quelled, thousands were detained, arrested or dismissed from their public sector jobs in a heightened crackdown against the group.

In central city of Konya, prosecutors issued arrest warrants for 84 people accused of membership of FETÖ and operations were launched in 43 provinces to capture the suspects. Forty suspects were arrested when Daily Sabah went to print. Suspects included those running group's network in the city, from "imams" (a term for FETÖ point men) to "accountants" who arranged financing of group's activities.

Prosecutors in the capital Ankara, issued arrest warrants for 92 teachers linked to the group and operations were underway in the city and 19 provinces to capture the suspects as of late Friday. All suspects were employees of FETÖ-run schools closed after the coup attempt. FETÖ, which disguised itself as a charity movement with religious undertones, is primarily known for its international network of schools and companies.

Authorities also sought arrests of 57 people who were users of ByLock, an encrypted messaging app exclusively used by FETÖ members. Operations were underway in Istanbul and other cities to capture the suspects whose messages were intercepted in an earlier investigation. Fourteen suspects were caught when Daily Sabah went to print. Experts are working to decipher the millions of messages, mostly dating to 2015, after ByLock was discovered as a result of criminal investigations shortly before the 2016 coup attempt that killed 249 people.

In Istanbul, prosecutors wrapped up an indictment on 14 former members of riot police accused of helping putschists. All defendants, jailed after the attempt was quashed, face aggravated life imprisonment. They were deployed in Çengelköy and Beykoz districts of the city at the time of the attempt. Eight civilians were killed by putschists in those districts when they tried to convince the soldiers to lay down their arms. Defendants are scheduled to appear before a court in the city on April 17 for a trial where 103 pro-coup soldiers will also be tried.

Coup trials began late 2016 for hundreds of military officers across the country. Several police officers, mostly those who were active members of FETÖ, are being tried for helping the putsch attempt. FETÖ is accused of infiltrating law enforcement, judiciary, military and bureaucracy. It tried to seize power in 2013 by its members in law enforcement and judiciary.

In 104 trials since 2016, 797 defendants involved in the insurrection bid were handed down life sentences. 586 defendants, including generals, were sentenced to life. A main trial of those accused of orchestrating the coup plot and a trial of putschists who took over the main headquarters of the army, are still underway. Most trials are being held in enlarged courtrooms or conference halls due to sheer number of defendants, which amount to hundreds in some cases.