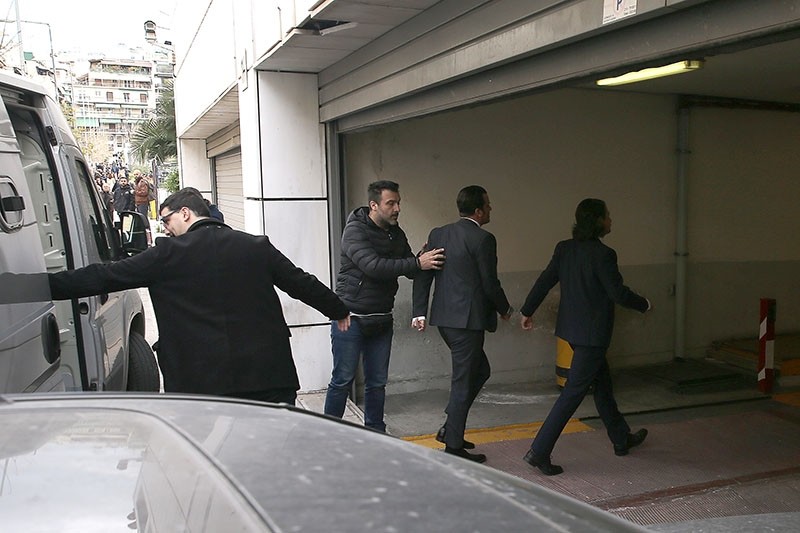 In a move cementing its image as a safe haven for criminals, Greece has rejected Turkey’s third extradition request for eight soldiers involved in a botched coup attempt in 2016

Greece has once again refused Turkey's extradition request for eight soldiers who fled there after a coup attempt carried out by infiltrators of the Gülenist Terror Group (FETÖ) was foiled.

This is the third time the Greek judiciary rejected extradition of the suspects who hijacked a military helicopter to flee into Greece shortly after the coup bid was quelled thanks to public resistance.

The Greek appeals court handling the case ruled that the suspects would not get a fair trial in Turkey if extradited.

On Wednesday, another Greek court rejected a different extradition request by Turkey for a member of the terrorist group Revolutionary People's Liberation Party-Front (DHKP-C).

Meanwhile, the Greek Council of State will rule on May 4 the asylum requests of the eight putschists who have been in custody since their arrival in Greece in 2016.

The officers are wanted in connection with their role in the coup attempt's Istanbul leg.

On Thursday, at a hearing of a coup trial in Istanbul, security camera footage of Capt. Abdullah Yetik, Capt. Süleyman Özkaynakçı and non-commissioned officer Mesut Fırat were shown to lawyers.

On July 14, 2016, the headquarters hosted a group of officers who were accused of planning the coup attempt in the city.

Four people resisting the coup, including Col. Sait Ertürk, were killed in the headquarters in a clash with pro-coup troops.

The coup attempt that killed 249 people was allegedly planned by Adil Öksüz, a point man for Fetullah Gülen. Gülen is the terrorist group's U.S.-based leader, who sought to topple the government in 2013 as well.

Öksüz, who remains at large, employed the group's infiltrators in the military to seize power, prosecutors say.

Turkey has earlier condemned rulings not to extradite coup suspects as "politically motivated."

The two countries, which recently sought to improve their relations with a past tainted with hostilities, has agreements in place in the fight against terrorism.

Putschist troops who took shelter in Greece, however, are not charged by Greece, and it is not clear whether they will be charged with crimes related to the coup bid in Turkey.

Due to its location at the gateway of Europe, Greece has been a popular destination both for migrants and fleeing FETÖ suspects after Turkey escalated a crackdown on the terrorist group in the wake of the putsch attempt.

Turkish border security has stopped dozens of FETÖ suspects on the land border with Greece while the Turkish Coast Guard has prevented a large number of the group's members from fleeing aboard boats to Greek islands from nearby Turkish shores since the summer of 2016.

During President Recep Tayyip Erdoğan visit to Greece last year, Greek Prime Minister Alexis Tsipras assured Turkey that the coup plotters would not be welcome in the country.

Apart from coup plotters, Greece has embraced suspects of the DHKP-C, save for a few operations to capture them, only to release them later.

For decades, it has given asylum to DHKP-C members who claim to be persecuted in Turkey for their political views and have settled them in a refugee camp.