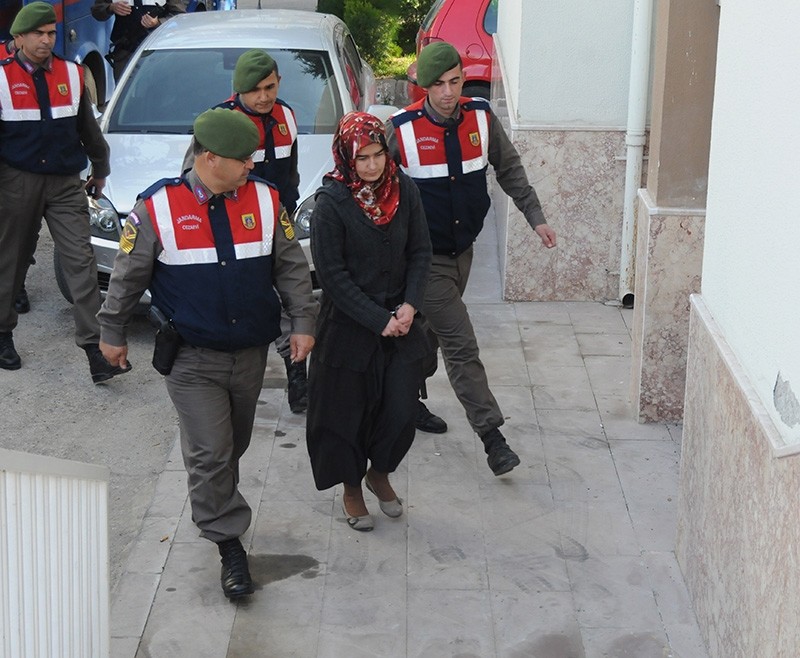 A district court has upheld a life imprisonment sentence for Nevin Yıldırım, who shot and beheaded a man whom she accused of raping her, in the retrial of her case.

In a case that drew the attention of the Turkish public and women's rights groups, Yıldırım once again faced a jury over the August 2012 brutal murder of a man in western Turkey's Isparta province. Yıldırım, 26 years old at the time, cut off the head of 35-year-old Nurettin Gider after shooting and killing him with a hunting rifle.

Yıldırım was first handed a life imprisonment sentence on March 25, 2015, by the Yalvaç Heavy Penal Court.

The case was later appealed in Turkey's Supreme Court of Appeals, who recommended the ruling be retried. However, Yalvaç Heavy Penal Court in the Isparta district upheld the original life sentence, giving its final verdict Thursday.

Defense lawyer Derya Demirkılınç requested the sentence be lessened in severity based on the severe, prolonged victimization of Yıldırım by her accused rapist.

The prosecutor, Taşan Tekeli, requested that detention be continued for Yıldırım and that the life sentence be upheld in line with the previous ruling.

Yıldırım, who was brought to the trial from Antalya Prison where she is held, deferred her right to speak at the trial, stating, "I agree with the defense of my lawyers, I have no other word," before the final ruling.

The court delegation charged Yıldırım with "deliberate murder," saying the circumstances of her actions left no room for legitimate application of the provisions of self-defense or unjust provocation.

Members of women's rights organization who are in support of Yıldırım said they find the sentence unfair and will use their right of appeal in the case.

When the case first came into the public eye, it raised an uproar, receiving national and international media coverage. According to Yıldırım's account of the incident, Gider had repeatedly raped and blackmailed her with indecent photos, while her husband was working at a seasonal job in another town. Yıldırım, then a mother of two, became pregnant. In an effort to "save her honor," Yıldırım attacked Gider, shooting him 10 times, stabbing him in the abdomen and cutting off his head. She then dumped his severed head at a coffee house where Gider had blackened her name among the village men.

Yıldırım requested to have an abortion, but the initial court ruling came as she was 29 weeks pregnant, well past the legal limit to terminate a pregnancy. The case sparked debate across Turkey, not only on violence against women but also on abortion in the case of rape.