65 sentenced to life in FETÖ coup attempt in Istanbul 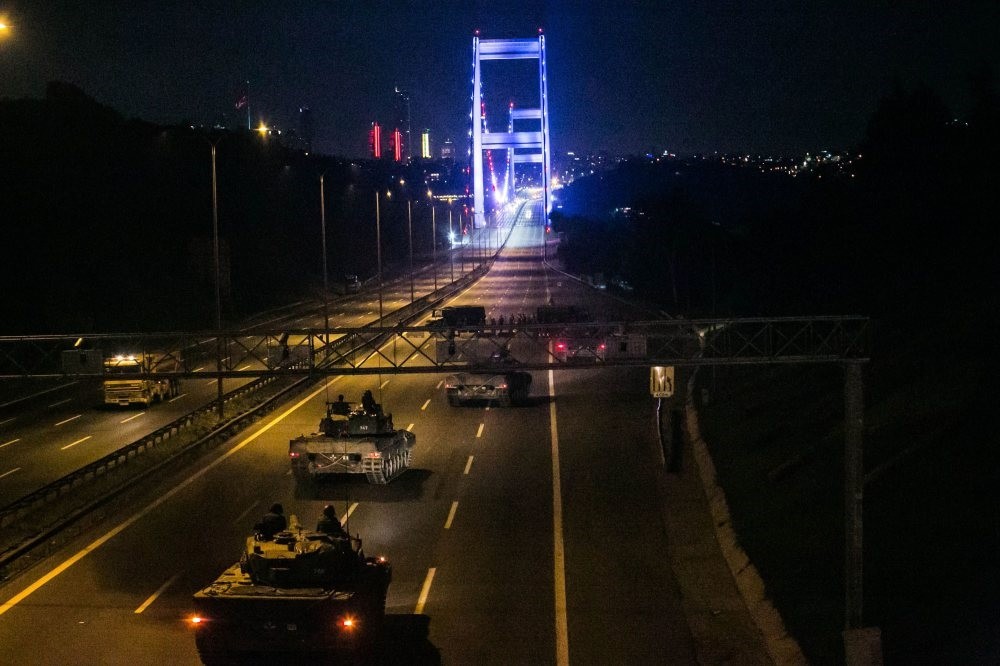 Courts in Istanbul yesterday handed down aggravated life sentences and life imprisonment for 65 defendants involved in the 2016 coup attempt blamed on the Gülenist Terror Group (FETÖ). The defendants, all military officers, were among tens of thousands arrested after the July 15, 2016 coup attempt that killed 249 people.

In one case, the court sentenced 13 to aggravated life sentences and another two to life imprisonment for their roles in the closure of Fatih Sultan Mehmet Bridge connecting Istanbul's European and Asian sides. Apart from the takeover of the bridge, they were accused of opening fire on a crowd of anti-coup civilians who sought to stop them, killing three people and injuring another 49 in the process. Prosecutors accused the defendants of killing Hasan Kaya, a civilian who went to the bridge to protest the coup attempt, and of Şükrü Bayrakçı, who was crushed to death by tanks.

İsmail Kefal was killed when the barrel of a tank hit him on the head when he tried to climb on top of it. The court had not issued a verdict when Daily Sabah went to print for 46 conscripts who were released pending trial in the same case. In another trial, 13 defendants were sentenced to aggravated life imprisonment and 37 defendants were sentenced to life for their role in the coup attempt at 1st Army Command in Istanbul and takeover of the riot police headquarters in the city's Üsküdar district.