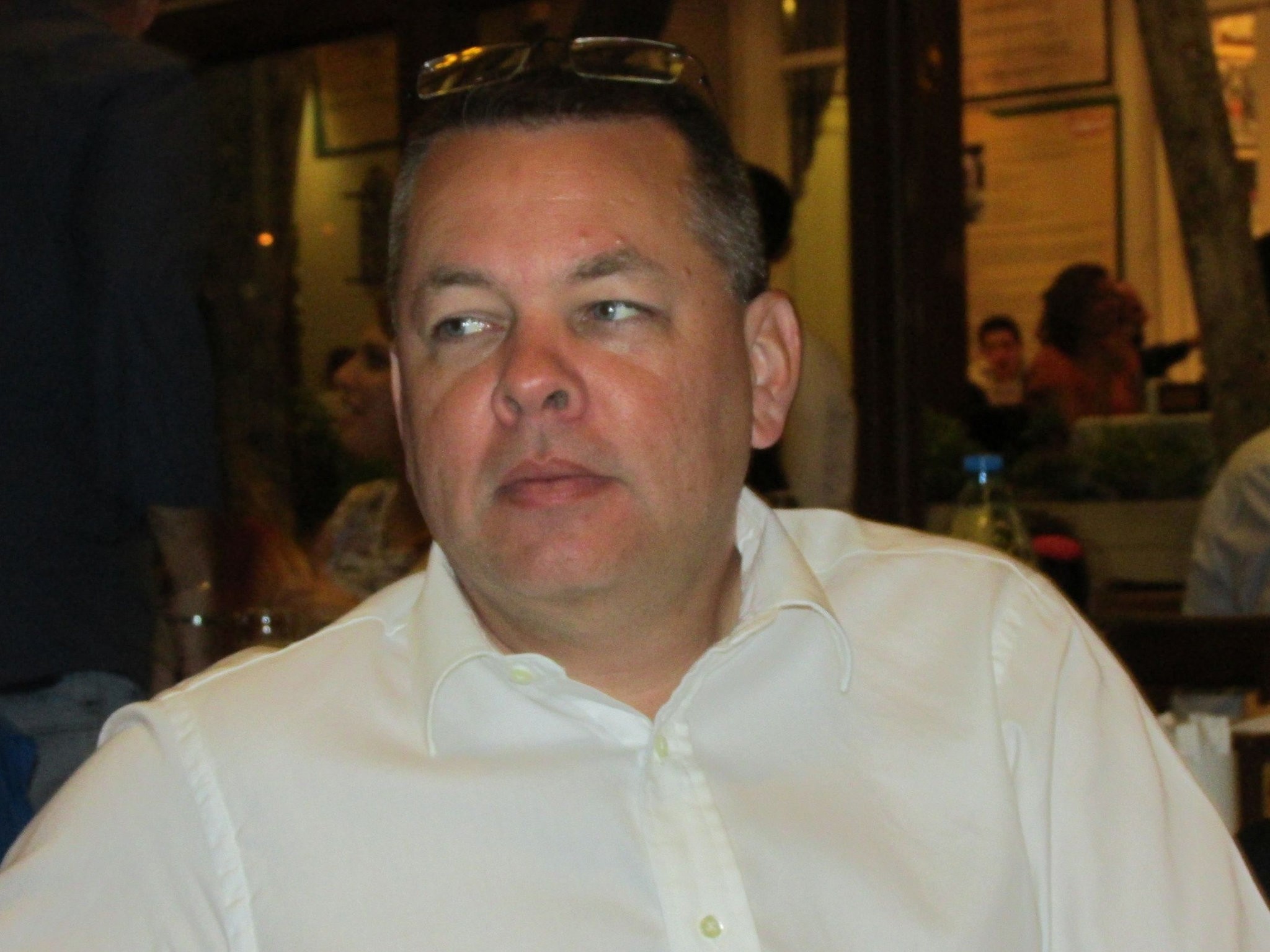 The trial of an American priest that has created tension between Turkey and the U.S. will begin in İzmir today

The trial of American pastor Andrew Craig Brunson on charges of espionage and aiding the PKK and Gülenist Terror Group (FETÖ) will begin today at a court in the Aegean city of İzmir. In an indictment prosecutors presented to the court, Brunson is accused of committing crimes on behalf of FETÖ and the PKK and of obtaining classified state information for political and military purposes, facing up to 15 and 20 years in jail, respectively.

Only a few days ago, reports said that the local law enforcement officers following up on the case uncovered new evidence of contact between Brunson and the top FETÖ official of the region, Bekir Baz. While Brunson rejects claims that he ever met Baz, investigations into both individuals GSM signals showed that they were at the same place or at least very close to each other on 293 occasions. Baz currently remains a fugitive from law.

The report, which was submitted to court, traces 5 GSM accounts registered to Brunson and 2 GSM accounts belonging to Baz between April 4, 2011, and Aug. 19, 2015. The report also claims that Brunson's GSM accounts were also at the same place as the GSM accounts of Baz's deputy Mustafa Safa. Baz is known as one of the select few who were able to directly contact Fetullah Gülen, the leader of FETÖ, who has lived in Pennsylvania for close to two decades.

Former U.S. Secretary of State Rex Tillerson was the last high-ranking U.S. official to demand his release during a visit to Turkey in February, a demand seen by local officials as disrespect towards the independence of the Turkish judiciary. The Turkish government has repeatedly told Washington that Brunson's case is being handled by the courts and the government cannot intervene.

FETÖ is implicated in a string of criminal inquiries, the most significant of which are trials related to the deadly coup attempt of July 15, 2016, through its infiltrators in the military that killed 249 people.

The U.S. did not respond positively to Turkey's requests to extradite or arrest Gülen to prevent his escape to another country.

The indictment underlined the pastor's links to the terrorist group and his frequent contacts with Baz, a fugitive point man for the FETÖ in the Aegean region, his aide Murat Safa, and Amnesty Turkey Branch Executive Taner Kılıç, who is also being accused of aiding FETÖ.

The charges were first voiced by a secret witness, playing a key part in the launch of the investigation. The pastor and his wife – who was released earlier – were members of FETÖ, which funded their church, the witness had said.

Even before he was questioned by prosecutors about his links to FETÖ, Brunson was accused of espionage and attempting to overthrow the constitutional order (a coup charge). Brunson had denied those initial allegations, but the indictment accused him with making speeches praising FETÖ and the PKK at the church.

The indictment also charged Brunson with conducting systematic efforts that targeted Kurdish citizens and with founding the "Kurdish Church of the Messiah," where only Kurds are admitted. There is also evidence showing Brunson with PKK flags and symbols, it said, adding that Brunson frequently visited Ayn al-Arab, also known as Kobani, in northern Syria, which is being controlled by the PKK's Syrian offshoot the Democratic Union Party (PYD) and its armed wing the People's Protection Units (YPG), and Turkey's Suruç district in southeastern Şanlıurfa province across the border.

Brunson also took part in organizing the 2013 Gezi Park riots, the indictment accused, claiming that he was in possession of lists containing the names of "gas station workers in Turkey's southeast," "railway employees," or "soldiers to get in contact with," with whom he exchanged information through close contacts.

The indictment also noted that the suspect was charged with being in contact with retired soldiers, special warfare officers and high-rank leaders of the PKK and FETÖ, which is understood through two secret and five open witness statements, along with evidence as digital data, documents, phone conversation and wireless tower records provided by Brunson himself, witnesses and authorities.

Under its "interfaith project," Gülenists reached out to Protestant and Catholic churches, though it is the first time that a pastor is being implicated in a FETÖ case.

While media reports claim that it is not confirmed if Brunson is "a U.S. agent" or not, a separate indictment by prosecutors in Ankara says FETÖ used its sprawling international network of schools to provide a cover for CIA operatives.

Some 586 defendants, including generals, were sentenced to life imprisonment. A main trial of those accused of orchestrating the coup plot and a trial of putschists who took over the main headquarters of the army, are still underway.

Baz, one of the group's point men who had ties to Brunson, is believed to be in the U.S. after he fled Turkey in 2015 one year before the coup attempt. He managed to run away at a time of heightened crackdowns against the terrorist group.

Baz was allegedly a coordinator of the group's activities in Izmir where Gülen made himself a name as a charismatic preacher in the 1970s. He reportedly blackmailed and threatened local officials to work for the group's interests, according to criminal investigations.