3,000 soldiers linked to FETÖ identified, to be dismissed in the coming days, defense minister says 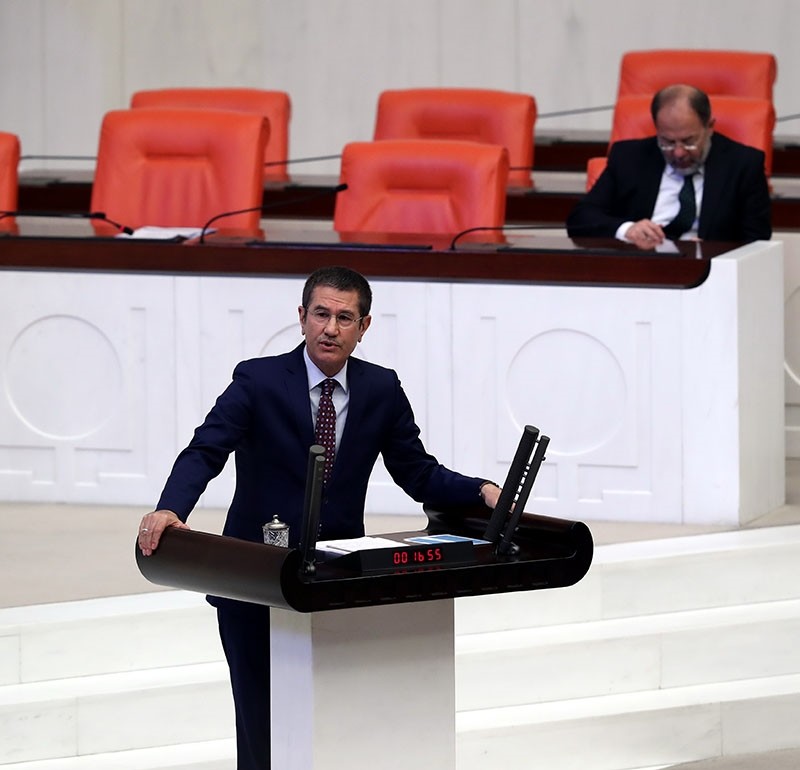 Defense Minister Nurettin Canikli said Wednesday that 3,000 active soldiers with links to the Gülenist Terror Group's (FETÖ) secret structure in the Turkish military have been identified and will be dismissed with a decree in the coming days.

Speaking to lawmakers in parliament, Nurettin Canikli said that these suspected members of the FETÖ would be dismissed from the military in the days to come through a statutory decree presented to the prime ministry.

"This struggle will continue until the whole structure of the organization is exposed and its crypto structure uncovered," Canikli said.

Canikli's comments came during a parliamentary session on extending the ongoing state of emergency in Turkey for three more months.

He added that the state of emergency was necessary to fight FETÖ effectively.

On Wednesday, the Turkish parliament ratified a Prime Ministry motion extending the ongoing state of emergency in Turkey for three months.

Since the July 15, 2016 coup attempt launched by FETÖ-linked members of the military, nearly 110,000 public employees have been sacked through statutory decrees for ties with the terrorist groups. The attempt killed 250 people and injured 2,200 others.

Ankara accuses FETÖ of being behind a long-running campaign to overthrow the government and infiltrate into state institutions, particularly the military, police, and judiciary.

The defeated coup was spearheaded by rogue members of the military, thousands of whom have since been dismissed to face trial on terrorism-related charges.