63 sentenced to life in Istanbul trial for FETÖ's coup attempt 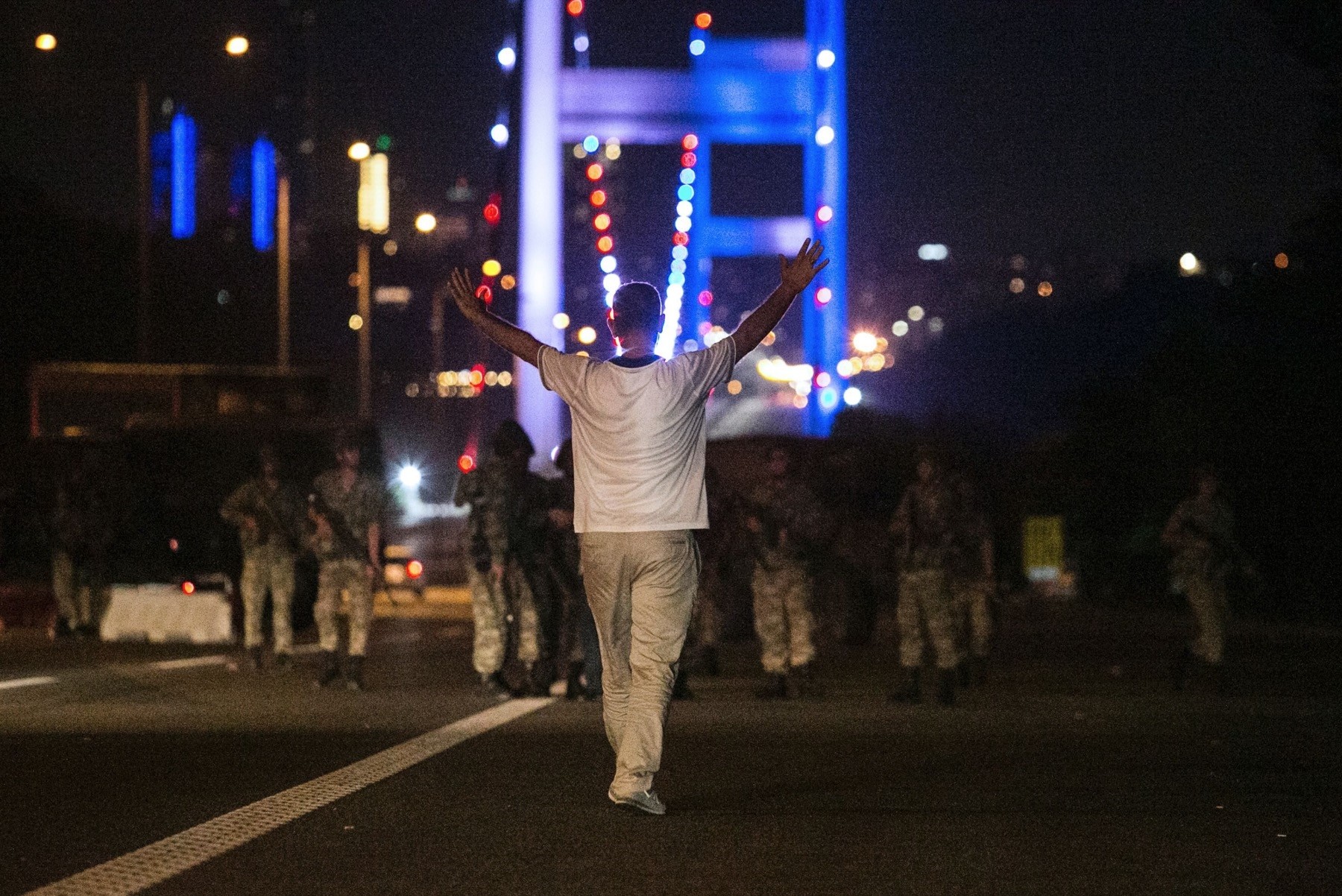 All of the defendants in the trial were at the forefront of the coup attempt in Istanbul by infiltrators of Gülenist Terror Group (FETÖ) in the military. Some 250 people were killed across Turkey on that day, mainly civilians, while more than 2,200 others were injured. The court found 63 defendants guilty of attempting to overthrow constitutional order at the hearing in Silivri, inside a complex where a large prison houses coup suspects and courtrooms where they are tried are located. Those who were given life sentences were cadets of a military school who insisted that they were tricked into joining the coup attempt by their superiors. The court also handed down additional aggravated life sentences to four defendants for murder.

The defendants had traveled from an air base in Yalova, a city south of Istanbul, and blocked a main road in Tuzla district which is the main entrance to the city from the east. When police, accompanied by unarmed civilians, moved to disperse the putschists, clashes broke out and six people, including a policeman, were killed. The clashes ended when the crowd managed to capture the commanders of the putschists and other soldiers were forced to lay down arms.

The verdict came one day after 22 putschists were sentenced to life for their role in taking over another busy route on Istanbul's Asian side during the coup attempt.

Most casualties of the coup attempt were in Istanbul and the capital Ankara. Istanbul was at the heart of the resistance against the putschists, who opened fire on unarmed crowds, killing dozens of people around the city, including on the famed Bosporus Bridge, now known as the July 15 Martyrs' Bridge, that connects the city's two sides. After the putsch bid in 2016 was foiled, FETÖ faced a heightened crackdown and more than 77,000 people were arrested for links to the group. Trials of soldiers involved in the attempt and nonmilitary members of the terrorist group started in December 2016.

FETÖ is known for its widespread infiltration of the judiciary, law enforcement, the military and bureaucracy. Through its followers in the judiciary, it is accused of orchestrating sham trials to imprison its critics or anyone it deemed an obstacle to its interests. After expanding its clout, it sought to topple the government, first in 2013.

Also on Friday, 18 suspects involved in a fraud in a state exam for police commissioner candidates in 2011 were detained in the capital Ankara. The suspects are accused of supplying questions and answers to FETÖ members. Cheating on exams is a common method that FETÖ uses to infiltrate its members into law enforcement, the judiciary and the public sector. Investigators have recently uncovered that thousands of people were supplied questions and answers by FETÖ in other exams as well.