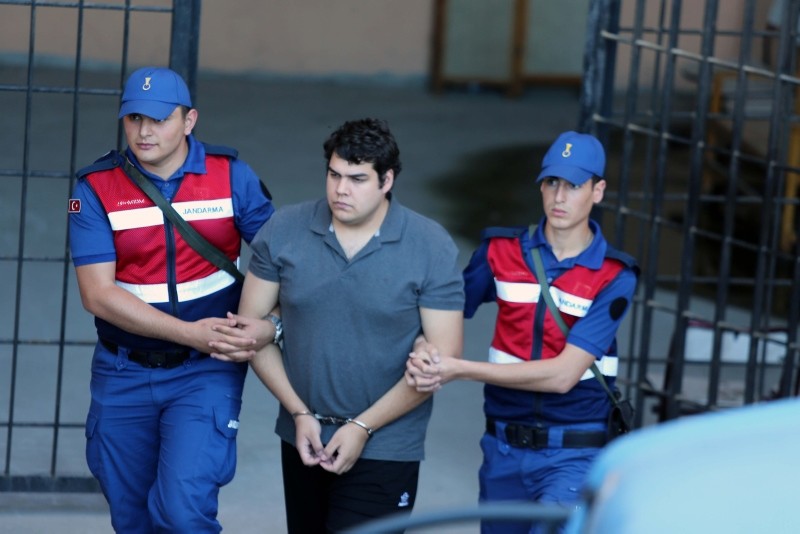 A court in western Turkey's Edirne ruled Tuesday against the release of two Greek soldiers pending trial on charges of military espionage and trespassing into a forbidden military zone.

Greek lieutenant Aggelos Mitretodis and noncommissioned officer Dimitros Kouklatzis were detained after being discovered by patrolling Turkish troops near Pazarkule on March 1.

Mirretodis and Kouklatzis were brought to the Edirne Courthouse after necessary security measures were taken. Their lawyers Hakan Yalçıntuğ and Selin Özel also attended the hearing. The Greek soldiers asked for their release during their plea, claiming that they passed the border by mistake.

The soldiers, currently held in a prison in the border town, previously claimed they got "lost" while following "suspicious footsteps on the snow" in the border area and crossed into the Turkish side by mistake.

Turkish soldiers reportedly found Mitredotis and Kouklatzis taking photos for espionage purposes in a forbidden military zone. They later claimed they were simply recording to show the area they were "patrolling" to their superiors.

Since their arrest, the two soldiers have been held in Edirne's maximum-security prison, separate from other inmates.

The arrests have further strained relations between the two NATO allies who have longstanding disputes over maritime boundaries and commercial rights.

Greece has asked for assistance from the European Union, NATO and the United Nations for their release.