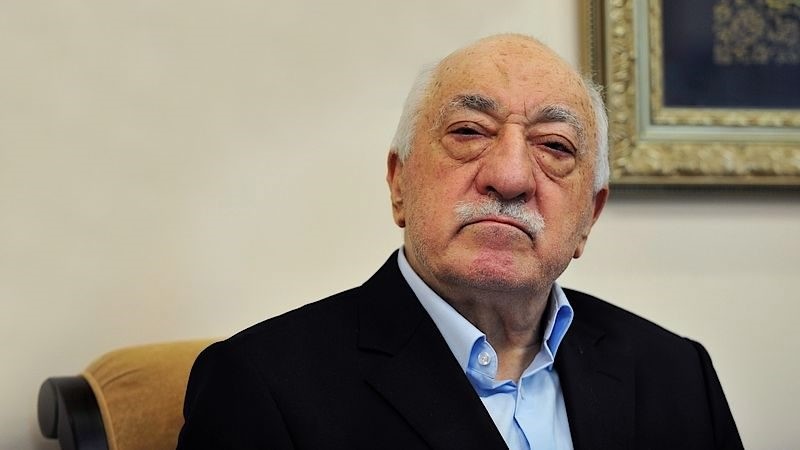 Fetullah Gu00fclen, the U.S.-based leader of FETu00d6, is a prime suspect in all cases related to the group. Gu00fclen and his followers managed to disguise themselves for years as a non-profit organization before moving to seize power.
by Daily Sabah Jun 02, 2018 12:00 am

Nine people were sentenced to life in coup trials and dozens of suspects were detained on Friday in nationwide operations against the FETÖ terrorist group, whose military infiltrators are blamed for the 2016 coup attempt

At least 61 people were detained across Turkey on Friday for their links to the Gülenist Terror Group (FETÖ), while nine people were sentenced to life for the 2016 coup attempt blamed on the group's military infiltrators. The court ordered aggravated life imprisonment for three officers and six others who helped them in the abduction of Gen. Tahir Bekiroğlu, commander of the prestigious War Academies of the army, at the time of the coup attempt. They were also accused of taking over a military base in the Hadımköy district where a military prison they kept Bekiroğlu at is also located. Bekiroğlu, who was among top military brass opposing the coup, was kidnapped from his residence by three putschist officers on July 15, 2016. He was freed from the prison when the coup attempt was thwarted thanks to a strong public resistance. Meanwhile, another defendant in the same case was sentenced to six years in prison for membership of a terrorist group. Fifty-two other defendants in the case, mostly conscripts, were released.

Thirty suspects were arrested in Ankara after the Chief Public Prosecutor's Office issued arrest warrants for 43 suspects as part of a probe into the group's "gaybubet (absence) houses," a label given to the hideouts of secret FETÖ members.

Separately, the Chief Public Prosecutor's Office in Istanbul issued arrest warrants for 38 suspects as part of probe into FETÖ's presence in the Turkish military. Simultaneous operations in 18 provinces, including Istanbul, were conducted, and 20 suspects were arrested following the issuance of the arrest warrants.

Security sources said that 18 of the suspects are on-duty soldiers, while the remaining two are cadets. One is accused of supplying confidential military information to members of the terrorist group. In southern Kahramanmaraş-based operation in 12 provinces, 11 on-duty soldiers were arrested as part of the probe into FETÖ infiltration in the army.

Links of FETÖ for those wanted in Istanbul-based operations were discovered in a probe by investigators tracing communication traffic of their civilian handlers who used public payphones.

Handlers, named "imams," are accused of relaying instructions on behalf of FETÖ to military infiltrators and using payphones to avoid detection after authorities uncovered multiple encrypted apps used for communication between the group's members. Investigators scanned hundreds of payphones at busy places from restaurants to grocery stores to track the connection of the imams and "crypto" FETÖ members in the army.

In operations against suspects staying in "absence houses," police detained "secret imams" and point men responsible for group members in cities and at schools. Fake IDs and digital FETÖ propaganda were found in raids.

Since December 2013, when the terrorist group emerged as the perpetrator of two coup attempts, FETÖ has been regarded as a security threat. Prosecutors claim that the group's infiltrators in law enforcement, the judiciary, bureaucracy and the military had waged a long-running campaign to topple the government. The group is also implicated in a string of cases related to its alleged plots to imprison its critics, money laundering, fraud and forgery. As its activities face heightened scrutiny following multiple attempts to seize power, FETÖ apparently tried to hide its fugitive followers, according to former followers. A former member who testified to prosecutors said that the number of the group's gaybubet houses increased from 75 to 560 in Turkey. Authorities believe that number might be even higher.

Turkey escalated the crackdown on the group after the coup attempt that killed 250 people. Ankara declared a state of emergency in the wake of the attempt and arrested or detained tens of thousands of people linked to the group. Hundreds were sentenced to life imprisonment for their role in the attempt, and more trials are underway on FETÖ and the coup attempt.

In Friday's other trials, a colonel was sentenced to nine years in prison for membership in a terrorist group. Sedad Arıcan was the commander of a gendarmerie unit based in northern Turkey at the time of the coup attempt. Although he was not actively involved in the attempt, he would be appointed as "martial law commander" for the northern city of Karabük if the coup succeeded, prosecutors said. In the capital Ankara, a court handed down prison sentences of six to eight years to 14 defendants for membership in FETÖ. Suspects were members of the group's chapter in Polatlı, a district in the capital. Two owners of Bak Piliç, a poultry producer, were among those tried in the case. Ramazan Yumak, FETÖ's imam in Polatlı, was sentenced to eight years and one month in prison.