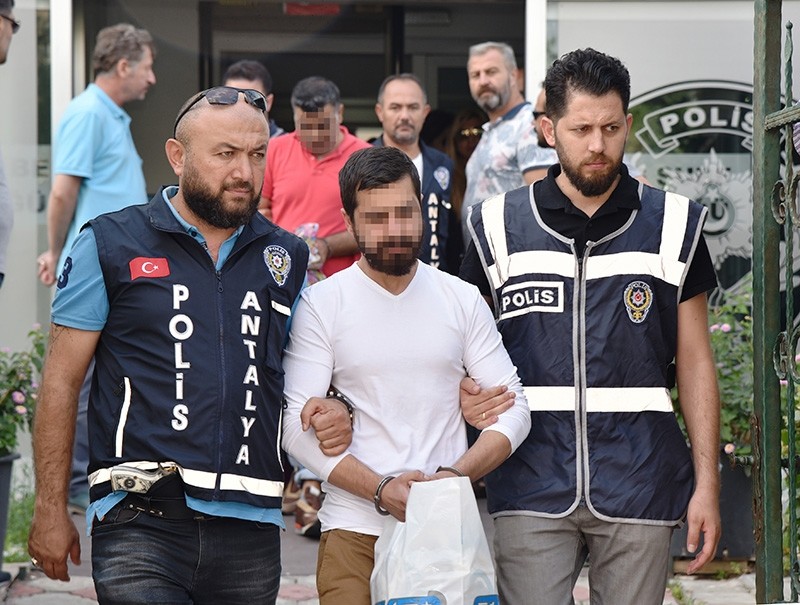 Thirty suspected members of Gülenist Terror Group (FETÖ) were detained in nationwide operations Tuesday, on charges of controlling the group's infiltrators in the military.

The operations were carried out after the Chief Prosecutor's Office in the central city of Konya issued arrest warrants for some 124 individuals.

Police conducted operations in 31 cities to capture a number of so-called "secret imams," referring to the group's point men or handlers of infiltrators everywhere, including the judiciary, law enforcement and the military.

The recent raids came after several detainees in the same investigation confessed their ties to the terrorist group and gave the names of the suspects detained Tuesday. Manhunts continue to capture the remaining suspects.

Since December 2013, when the terrorist group emerged as the perpetrator of two coup attempts, FETÖ has been regarded as a top security threat.

Prosecutors claim that the group's infiltrators in law enforcement, the judiciary, bureaucracy and the military had waged a long-running campaign to topple the government.

The group is also implicated in a string of cases related to its alleged plots to imprison critics as well as money laundering, fraud and forgery.

FETÖ faced a heightened crackdown in the aftermath of July 15, 2016 coup attempt that killed 250 people.

Investigations show that the terrorist group employed its infiltrators in the army for the coup attempt. Tens of thousands of people, from military officers accused of killings during the coup attempt, to "civilian" FETÖ members have been detained or arrested since 2016.

Hundreds were sentenced to life imprisonment for their role in the attempt and more trials are underway on FETÖ and the coup attempt.