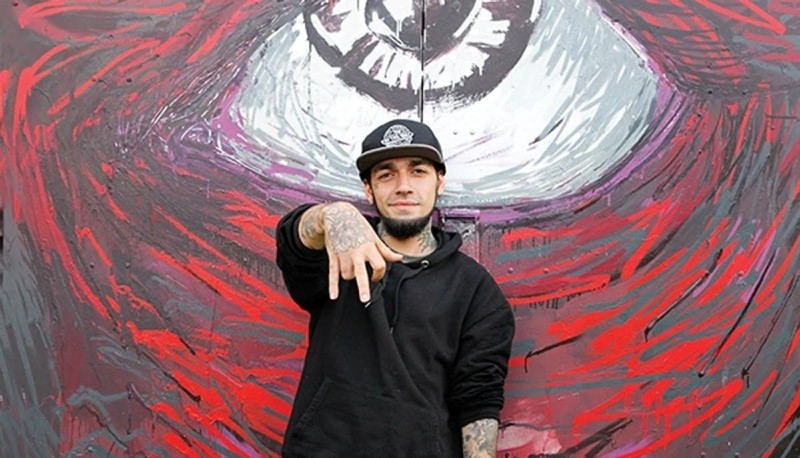 An Istanbul court on Tuesday acquitted a Turkish rapper who gained nationwide fame after facing up to 10 years in jail on charges of encouraging drug use on the first day of his trial.

Ezhel, 28, whose real name is Ömer Sercan İpekçioğlu, was accused of inciting cannabis use through social media postings as well as song lyrics. He was arrested late May in Istanbul by anti-narcotics police upon arriving in provincial police headquarters to give his testimony in in the investigation launched after a complaint addressed to the prime minister's office.

Amnesty International, which launched a campaign to free him, said in question were two of his songs that refer to cannabis use and a photograph posted on Instagram - which has since been deleted - of him holding a cannabis leaf.

The rapper had been detained and questioned in December 2017 in a similar investigation, Amnesty said. In May, he was called in again by police after a private complaint was sent to the prime minister's office.

The judge ruled that Ezhel had not committed any crime intentionally and ordered him to be acquitted and released immediately. He was due to walk free from the prison, where he has been held the last three weeks, in the next hours.

"We got an acquittal. We can say that justice has been done," the Media and Law Studies Association (MLSA) freedom of speech group, which has followed the case, quoted his lawyer Fuat Ekin as saying.

His arrest had led to a social media campaign by supporters, with many users calling for his release using the hashtag "FreeEzhel."

Reports said that he was acquitted within just nine minutes of the trial opening.

The Ankara-born songwriter caught public attention last year with the release of his debut album "Müptezhel," which is a play of words for his alias and the Turkish word for drug addict. His songs bear open references to cannabis use.

His music carries the influence of stars like Eminem and 50 Cent.

His songs have been viewed millions of times online, especially after he was arrested.