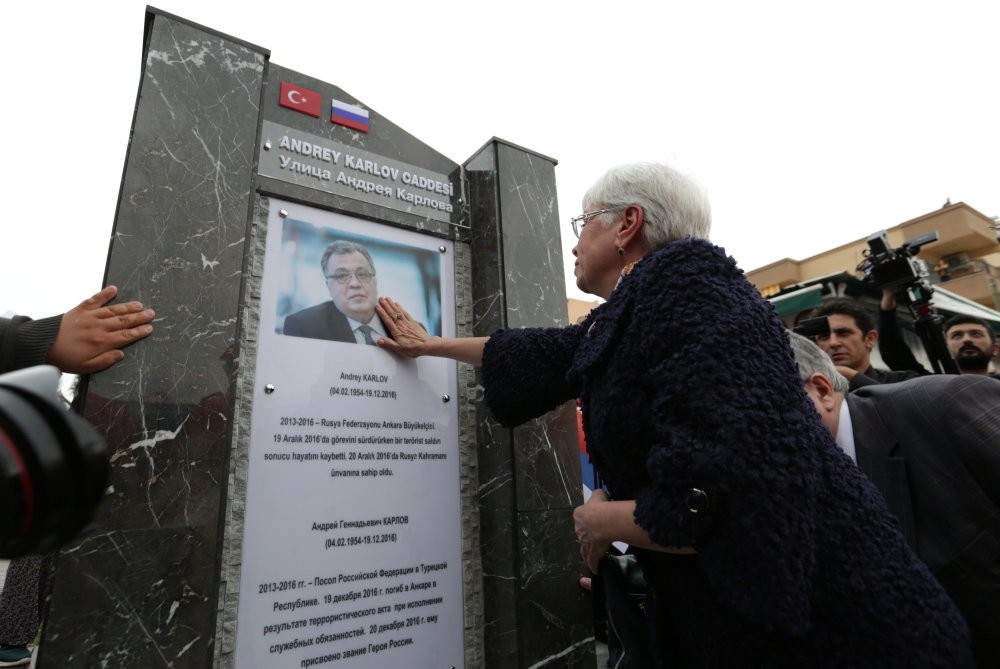 A court in the capital Ankara ordered the arrest of Ufuk G., a former police officer, over the murder of Russian Ambassador Andrey Karlov two years ago.

The suspect, whose last name was not disclosed, was earlier detained by police for his links to the Gülenist Terror Group (FETÖ). He denied the charges, claiming he severed ties with the terrorist group after it tried to topple the government in 2013. FETÖ, which is also accused of masterminding the July 15, 2016 coup attempt, is blamed for the murder of Karlov.

Karlov's murderer Mevlüt Mert Altıntaş was an off-duty police officer tied to the terrorist group. He shot the ambassador dead on Dec. 19, 2016 when the latter was attending a Russia-themed exhibition at an art gallery in Ankara. The chilling image of Altıntaş pointing his gun behind Karlov captured by journalists covering the art event rocked Turkey, which was trying to improve relations with Moscow at the time. Altıntaş was killed in a shootout with police after he was cornered in the gallery.

Anadolu Agency (AA) reported that Ufuk G. was linked to the same "brother" as Altıntaş in FETÖ. In the terrorist group's jargon, brother refers to point men overseeing the group's infiltrators in law enforcement, the military, the judiciary, etc. Brothers instruct each member on what to do in their private lives and in their jobs, according to prosecutors investigating the group. Authorities say Ufuk G. was an active member and was among donors to the group. FETÖ is known for collecting monthly donations from its members under the name of "himmet."

Authorities have arrested eight people so far in their investigation in the case, including three former policemen, exhibition curator Mustafa Timur Özkan and Hayreddin Aydınbaş, the head of a media company.

H.T., a former police officer, was arrested on July 19 as part of the probe. He was the alleged brother of Altıntaş and his roommate Sercan Başar according to authorities.