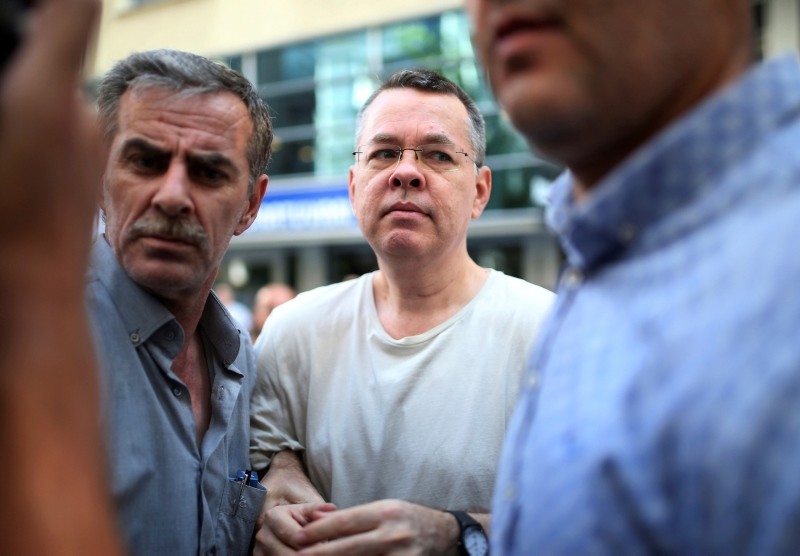 The Second High Criminal Court in western Turkey's Izmir province rejected Wednesday a new appeal for terror-linked U.S. pastor Andrew Craig Brunson's release from house arrest and for his travel ban to be lifted, his lawyer Ismail Cem Halavurt said, adding that a higher court has yet to rule on the appeal.

Brunson, a Christian pastor from North Carolina who has lived in Turkey for more than two decades, was indicted on charges of helping the Gülenist Terror Group (FETÖ), which is responsible for the failed 2016 coup, as well as supporting the PKK, and was later moved to house arrest on July 25 due to his health problems.

Serving at the Diriliş (Resurrection) Protestant Church in the western province of Izmir, Brunson was arrested in October 2016.

Brunson's next hearing as part of the trial is scheduled for October 12.

The United Stated has repeatedly demanded the release of Brunson from Turkish authorities, while Ankara has said that the U.S.' demands are not in line with principles of an independent judiciary and that it is the courts who will make the ultimate decision.